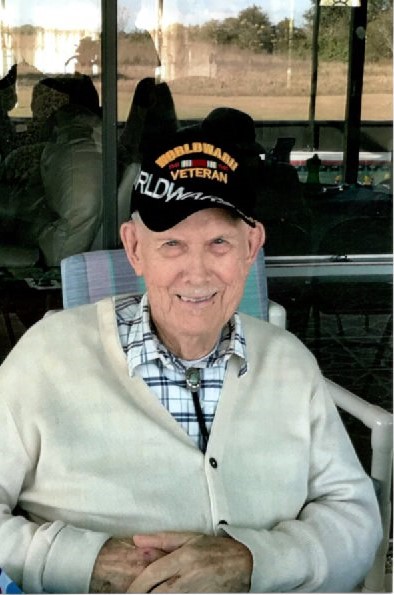 On Wednesday, September 1, 2021, David Dovesmith Dudley, our dear husband, father, grandfather, and great grandfather entered into the gates of heaven to be with his dear Lord and Savior. His wife, Marilyn, was in the room with him and his son, Dan, reading Psalms 145 as he passed into glory. His daughter, Diane, and son-in-law, David, were there during his last moments on the phone reading scriptures, singing, and praying with the family. There is no doubt that the angels carried David that very moment into the presence of Jesus. We celebrate a life lived to the glory of God. We celebrate a life of service to spreading the gospel of Jesus and worshiping God with passion and dedication. David Dovesmith Dudley was born on January 20, 1925, to Trueworthy Franklin Dudley and Mary Dovesmith Dudley in New Bedford, MA. David served in the Navy in the Pacific at the end of World War II. He graduated from the University of Rochester with a Master’s Degree in Physics. He specialized in optics and was an infrared expert, primarily helping defend our country against strategic missiles by implementing advanced sensor and missile tracking defensive systems. On April 11, 1953, he married his work sweetheart, Marilyn Julia Broers. They celebrated the birth of their son, Daniel Dovesmith Dudley on August 22, 1956. Later they celebrated the birth of their daughter, Diane Carol Dudley on December 1, 1958. David was very active in his local church and served faithfully as an usher, Sunday School teacher, and leader. He also served as a Vice President in the Business Men’s Fellowship group which was formed to help businessmen share their faith in Christ. David actively shared his faith with others, always centering his life around God.

He is survived by his wife, Marilyn, with whom he celebrated 68 years of faithful marriage in April. David leaves his son, Daniel Dudley and his wife, Melinda, his daughter, Diane Noel and her husband, David, along with his grandchildren, Katherine Leuthen and her spouse, Greg, Kristina Dudley, Benjamin Noel, and his spouse, Marianna, Jeremy Noel, and his spouse, Sarah, and Michael Dudley and his spouse, Melissa; and his great grandchildren, Jonah, Leo and Toby Leuthen, and cousin, Bill Siener. David will be greatly missed by his wife and family.

There will be a private family funeral and private burial at Cape Canaveral National Cemetery.  In lieu of flowers please make a donation to Samaritan's Purse in honor of David Dovesmith Dudley.

To order memorial trees or send flowers to the family in memory of David Dovesmith Dudley, please visit our flower store.