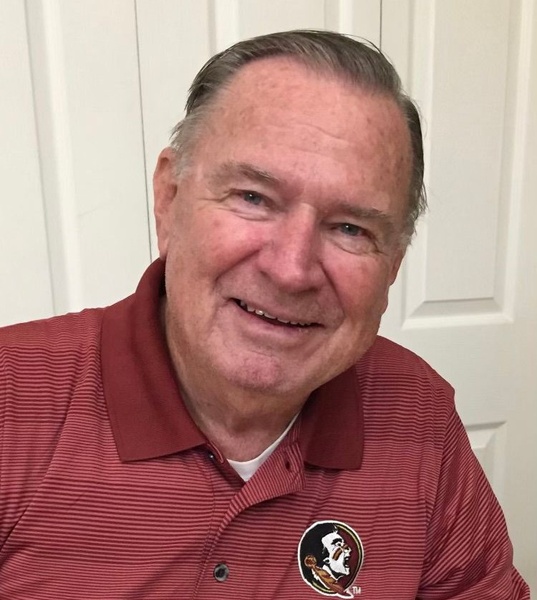 Billy Trott, of Zolfo Springs, Florida went home to be with the Lord on Monday, November 22, 2021. He was born in 1939, to the late Johnny Trott and Ruby Campbell Trott in Wauchula Florida. He was preceded in death by his brother T.J. Trott and his sister Irene Cravens.
He is survived by his wife of 53 years Shirley; their daughters Darlene Fowinkle (Charles) of Tallahassee, Florida and Karen Hartmann (Bob) of Treasure Island, Florida; his grandchildren Clark and Ben Hartmann and Campbell, Hunter, and Hayden Fowinkle. He is also survived by his brother Bobby Trott and sister Gail Merhar.
He was a 1957 graduate of Hardee High School in Wauchula, Florida. Billy served eight years in the U.S. Army Reserve. He also attended Manatee Junior College. During his career he was an insurance agent, real estate agent, and citrus grower.
His family and his strong faith in the Lord were most important to him. He was a very loving husband, father, and grandfather who enjoyed spending time with his family. He also enjoyed vacations in North Carolina, playing golf with his friends, and hunting and fishing.
Billy was a member of the Sebring Rotary Club for many years. He was an active member of First Baptist Church of Sebring for 39 years where he served as an usher and class director of Friendship Keeper’s class. He was currently a member of Crewsville Bethel Baptist Church.
The funeral service will be held at Crewsville Bethel Baptist Church in Zolfo Springs, Florida on Saturday, November 27th. Visitation with his family will begin at 10:00am with the service following at 11:00am.

Arrangements are being handled by Morris Funeral Chapel, Sebring. www.morrisfuneralchapel.com

To order memorial trees or send flowers to the family in memory of Billy Trott, please visit our flower store.
Send a Sympathy Card