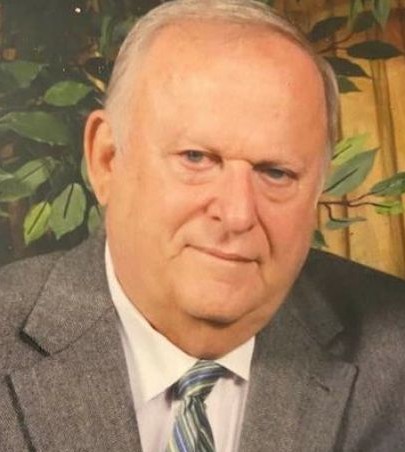 Carl W. Harner, age 85, passed away peacefully at home surrounded by his family, on December 10, 2021. He was born in Chicago, IL to the late Claud and Mildred (Starr) Harner. He graduated from Lena High School in 1954. Soon after graduation Carl moved to Puerto Rico to work in the Brethren Service Project in Castañer where he met and later married his wife of 61 years, Anna Mae Swank Harner.

The newlyweds moved to Kansas where Carl graduated from McPherson College with a Bachelor’s degree in science in 1960. He began his teaching career in Sebring at Woodlawn Elementary School in 1960 for 2 years and then continued teaching science at Sebring High School for the next 8 years. Carl graduated from Antioch College with a Master’s Degree in Science Teaching in 1971. He was assistant principal of Sebring Middle School from 1970 to 1975 and then served as the President of Florida Education Association from 1974 to 1977. Carl subsequently moved to Ocala, where he resided for the next 40 years. After retirement in 2000, he started a second career in the Marion County Court system as a court mediator. Carl enjoyed flying his small plane in earlier years, researching genealogy, lapidary work and horticulture but most of all, taking his wife, children and then grandchildren on many adventures to countless National Parks and other sites of interest. Always a school teacher at heart, he loved to cultivate curiosity and spark a hunger in others to learn more.
He was preceded in death by his wife, Anna Mae Swank Harner, parents Claud and Mildred (Starr) Harner and his brother Ray Harner. He is survived by three children, Arnold (Lisa) Harner of Cartersville, GA; Becky (Raymond) McIntyre of Sebring; and Darryl Harner of Belleview, FL; 4 grandchildren, Justin (Heather) Harner, Acworth, GA; Garrett (Melissa) McIntyre, Ft. Myers; Ann (Andy) Iannone, Chesapeake, VA; and Heather McIntyre, Ft. Myers; 2 great grandchildren: Jonas Iannone and Anna Lynn Harner and many loving nieces and nephews.
Carl’s celebration of life will be held at the Sebring Church of the Brethren on December 22 at 2:00pm. Family visitation will be on December 21 from 5:00pm to 7:00pm at the Morris Funeral Chapel in Sebring. Memorial donations in Carl’s honor may be made to The Champion for Children Foundation of Highlands County, Inc.

To order memorial trees or send flowers to the family in memory of Carl W Harner, please visit our flower store.
Send a Sympathy Card