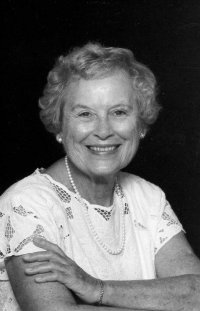 Caroline R. Shellenberger (Carrie) 94, a longtime resident of Coral Gables, FL, died peacefully on Friday, August 26 at BalMoral Assisted Living in Lake Placid, FL. Carrie, born in York, PA was the oldest of eight children to the late Paul J. and Caroline (Glackin) Shellenberger. In 1946, she moved to Coral Gables, FL where she was employed by Penn Mutual Insurance Company. Carrie earned CLU certification through the University of Miami and was recognized for her academic achievements as an adult becoming a member of Epsilon Tau Lambda. During her lifetime, Carrie was an avid traveler and recorded her adventures through her photographs. This past summer ventured up to Maryland to participate in her Glackin family 78th reunion. There were few of the 78 reunions that she did not attend, being president of the original reunion. Carrie loved to meet people and was fast to make new friends wherever she went. Carrie is survived by her sister, Pauline and her husband Bill Connolly of Sebring, FL, her brother John and his wife Margaret Shellenberger of Landisburg, PA. She was predeceased by sisters Margaret Tracy, Rosemary Bourque and brothers, Richard "Dick", Paul "Ed", and Charles "Joe" Shellenberger. A favorite aunt to all she is survived by numerous nieces and nephews who will miss her dearly as well as many extended family members and friends. A mass of Christian Burial will be held at 11:00 AM on September 3, 2011 in Pylesville, MD.


To order memorial trees or send flowers to the family in memory of Caroline R. Shellenberger, please visit our flower store.
Send a Sympathy Card