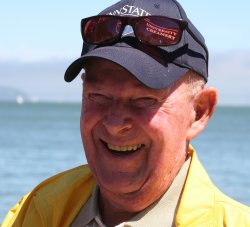 02/06/2011 - Donna Rehrig Tomlinson & Scott Gwynn
I was so sorry to hear of Charlie's death. I have so many fond memories of Charlie and the whole Ziegler family. Scott and I will keep you all in our thoughts and prayers. Loretta please email me when you can. I would love to talk to you.
Sincerely, Donna & Scott

02/06/2011 - Elizabeth Diebus
Will miss you dearly. I will always remember being bounced on your knee when I was 8 years old.

02/20/2011 - Charlene Truex
Hi Daddy, It's Sunday night--our very special time to chat. . . I miss you so much but I remember what you told me--celebrate your life. You gave us so many wonderful memories--thank you. I love you, Daddy. Charlene

05/08/2011 - Cheryl Eckert Gross
I was so sorry to see that your Dad passed away. He was such a good guy ! I would have liked to be at the service but we were on vacation. Charlene, I have been trying to find you for years ! Would love to see you. If you read this, please send me an e-mail. Again I am so sorry to hear this. Hi to everyone.
Cheryl Eckert Gross

To order memorial trees or send flowers to the family in memory of Charles H. Ziegler, please visit our flower store.