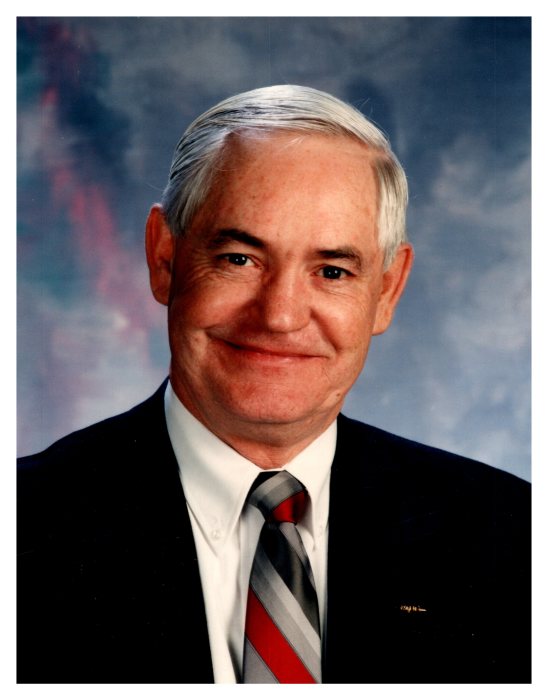 COL (Ret) Robert Dean Wood went to his heavenly home on September 7, 2018 after a brief battle against cancer. Bob was born January 15, 1937 in Edwards Co., IL to Virgil and Bernadine Ibbotson Wood. He grew up on a farm near Mt. Carmel, IL and graduated from high school there. At the University of Illinois, he studied Agriculture, joined Army ROTC, attained his private pilot's license and, most importantly, met the love of his life. One weekend in June 1958, he was commissioned a 2nd LT in the US Army Infantry branch, graduated with his bachelor's degree and married Barbara Burns, his wife of 60 years. During his 28 year career in the Army, Bob earned his Ranger tab and was Airborne qualified. He commanded Echo Company, 187th Airborne Regiment of the 101st Airborne Division at Fort Campbell, KY. He served 2 tours in Vietnam, one with the 1st Battalion, 5th Infantry Regiment (Bobcats) of the 25th Infantry Division. While working at the Pentagon, he received his MBA from George Washington University. During a 3 year tour of duty in Berlin, Germany, he commanded the 4th Battalion 6th Infantry Regiment. He graduated from the US Army War College at Carlisle Barracks, PA and served on the faculty there for 2 years. His final assignment at MacDill AFB in Tampa, FL gave him the opportunity to travel extensively in the Middle East in his role as Executive Officer to the Commander of the US Central Command. He received numerous military awards for exemplary service to include the Silver Star and the Legion of Merit. After retiring from the Army in 1986, Bob served in a leadership position for MPRI, an Alexandria, VA based firm of military veterans that provided training and education to U.S. and global forces worldwide. In 1998, he retired a second time and he and Barbara moved to Sebring, FL to be near family. He became a proud Rotarian, a deacon and elder at First Presbyterian Church of Sebring and a member of the Sebring Airport Authority. A renewal of his pilot's license spurred his decision to build his own experimental plane and Bob spent happy hours flying it, locally and across the country. He started the US Sport Aviation EXPO in Sebring and directed it for the first 8 years. He rekindled his earlier interest in model railroading. Bob and Barbara remained dedicated supporters of his prior military organizations and participated in many reunions. With travel a passion, and time together so precious, the family spent many memorable annual vacations together. Bob is survived by his loving wife, Barbara and three beloved daughters, Elaine Wood, Woodbridge, VA; Amy Wood, Riverview, FL; and Elise Huszar, Tampa, FL. He was blessed with two awesome grandchildren, Grant Huszar and Madison Huszar, now both in college, and his son-in-law and fishing buddy, LTC (Ret) Paul Huszar. He is also survived by his brother and sister-in-law, COL (Ret) Nelson and Fay Wood, WV, and sisters-in-law, Joan Scarpati of Sebring and Kay Wood of Alexandria, VA. In lieu of flowers, the family would appreciate memorial donations to First Presbyterian Church of Sebring, 319 Poinsettia Ave., Sebring, FL 33870 or to the 5th Infantry Regiment Association, Inc., www.bobcat.ws/donations. The family will receive friends, Saturday, September 22, 2018 at 10:00 AM at First Presbyterian Church with a Memorial service to follow at 11:00 AM. Military Honors will follow.  Arrangements by Morris Funeral Chapel.