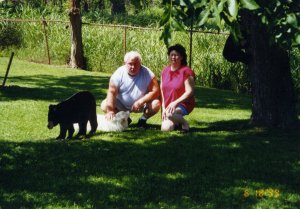 BARE, DON J., 73 of Sebring, FL died September 4, 2014. He was born in Connersville, IN, son of the late Earl R. and Laura (Rush) Bare. Don was a retired journeyman lineman for IBEW, local 1393, Indianapolis, IN moving to Sebring in 1999 from Hatfield, IN. A former member of Loyal Order of Moose. He is survived by his loving wife, Wilma L. Bare and son, Leslie Bare both of Sebring; daughter, Lesa (Greg) Neal, Connersville, IN and his aunt, Lydia Kelley, Milton, IN; granddaughter, Megan Bare and great grandchildren, Ryan Estes and Logan Hill. As per his request there will be no funeral ceremony.

As per his request there will be no funeral ceremony.

To order memorial trees or send flowers to the family in memory of Don J. Bare, please visit our flower store.