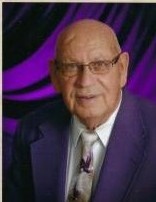 Donald Ray Bowden, 82 of Sebring went home to be with his Lord and Savior, Jesus Christ om December 24, 2019. He was born in Jesse, West Virginia to Lois and Creel Bowden. He graduated Oceana High School and Wyoming County trade School in 1956. He join the United States Air Force in 1957 and served until 1965. He worked as a welder for San Diego National Steel and Shipbuilders, He joined the Plumbers and Pipe Fitters Local #189 in Columbus, OH. He retired to Avon Park in 1997. He was a member of First Baptist Church of Sebring where he served as Deacon and various committees and a member of the Encouragers Sunday School Class. He also was a member of the Sebring Gideon Camp. He is survived by his wife, Sharon; daughters, Jennifer (John) Lamb, Mount Sterling, KY, and Ruth Anne of Tampa; Sister Linda (Ed) Miller of San Diego, CA. He was preceded in death by two sisters, Letha Hawkins and Lucy Gillespie. A memorial service will be held Saturday, January 18, 2020 at 11:00 AM at First Baptist Church. The family will receive friends from 10:00 AM until 11:00 AM. In lieu of flowers, contributions may be made to First Baptist Church, Sebring Gideons or to Alzheimer's. Burial was at Sarasota National Cemetery, www.morrisfuneralchapel.com

To order memorial trees or send flowers to the family in memory of Donald Ray Bowden, please visit our flower store.