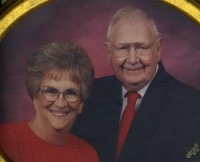 KURTH, DOROTHY, 83 of Avon Park, died, September 6, 2016 at her residence. Dorothy was born in Spiro, OK and spent her early years in California where her children were born. She worked many years in Hospitals as a consultant. Dorothy moved to Avon Park in 1992 and a member of the Seventh Day Adventist Church since 1954. She was preceded in death by her parents, Willis Allen and Edith Virginia Gee; husband, Kenneth Kurth; brothers, Leon and Wilburn Gee. Dorothy is survived by her daughter, Beth Sager, Avon Park; son, Bryan Bishop, Sebring; brother, Stanley Gee, Sebring and a sister, Georgia Carroll, Alabama; four grandchildren and eight great grandchildren. Services, Saturday 2:00 pm at Walker Seventh Day Adventist Chapel with burial to follow at Bougainvillea Cemetery, Avon Park, FL.

To order memorial trees or send flowers to the family in memory of Dorothy Kurth, please visit our flower store.