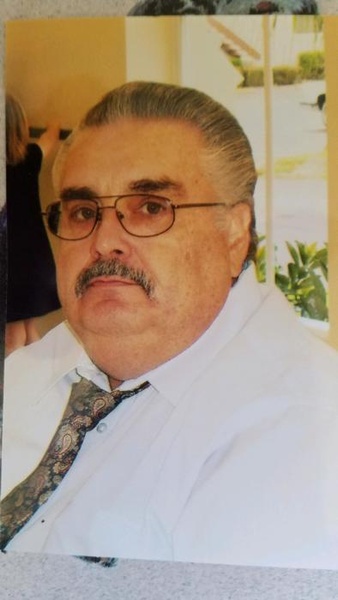 Edgel “Moe” Moore, 72 of Arcadia passed away peacefully at his home on Monday, March 30, 2020 with his wife Bobbie and nephew Bret by his side
Edgel was born Oct 6, 1947 in McDowell, Kentucky, moving to Sebring in 1963 where he attended high school. He was a Vietnam combat veteran that served in the 1st Cavalry Unit of the United States Army. Following his military service, Edgel served as one of the twelve original Civil Deputy/Emergency Medical Technicians with the newly formed Emergency Medical Services Unit under the direction of the Highlands County Sheriff’s Department. He retired from Highlands County Emergency Medical Services in 1997.
Edgel is survived by his wife Bobbie Ann, sisters Terry Griffin and Connie Ritchie, Godchildren, God Grandchildren and numerous nieces and nephews. He was preceded in death by his parents Edgel and Marie Moore and brothers Jimmie and Earl Moore.
He was a Baptist, Life Member of the Sebring VFW, Arcadia AMVETS and numerous other organizations.
Honoring his wishes, there will be no funeral services; however there will be a private ceremony held at Sarasota National Cemetery   at a later date. Arrangements are being handled by Morris Funeral Chapel Sebring. Morrisfuneralchapel.com.

To order memorial trees or send flowers to the family in memory of Edgel Moore, Jr., please visit our flower store.