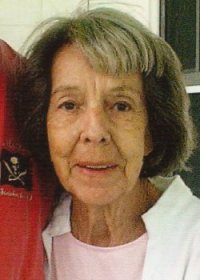 ELENORE COVERT NORRIS, 91, of Sebring, Florida passed away July 13, 2011 at home with her loving family, under the invaluable care of Good Shepherd Hospice. Elenore died as she lived with supreme grace and dignity. She was born to Howard H. Covert and Laura (Craig) Covert on September 20, 1919 in Omaha, Nebraska. She was preceded in death by her parents and beloved, only brother Eugene Covert and beloved granddaughter Laura Jane Norris. She was employed at Baldwin Wallace College in Berea, Ohio in several capacities, but finally as manager of in-house printing. Upon retirement, she and her husband Clyde S. Norris (dec), moved to Sebring in 1970. She was an advocate of foster care and was a foster mother many times during her life. The last time was 1993 she became foster mother to her beloved granddaughter Barbara (Bobbi) Rimer who was adopted by her daughter and husband Jim and Kathy Rimer. Elenore is survived by sons David (Alice) Norris of Monroe, NC, Howard (Terry) Norris of Morganton, NC, John (Kathleen) Norris of Tallahassee, FL and daughter Kathleen (Jim) Rimer of Sebring; Grandchildren John C. Norris of Jacksonville, FL, Wendy Norris, Denver, CO, Justin Norris, Sebring, Christopher Norris of NY, Harvey Norris of Tallahassee, Theron Norris and Hayes Norris of Marshville, NC, Barbara (Bobbi) Rimer, Carmen Rimer Klemme, James (Rick) Rimer, Bryan D. Rimer and David C. Rimer all of Sebring. She is also survived by her beloved daughter-in-laws, D. Gayle Norris of Tallahassee and Kathy Warnke of Westlake, Ohio, 11 great grandchildren and 4 great great grandchildren. As per Elenore's wishes there will be no funeral or memorial service. Those wishing may make contributions to Good Shepherd Hospice.


To order memorial trees or send flowers to the family in memory of Elenore Covert Norris, please visit our flower store.