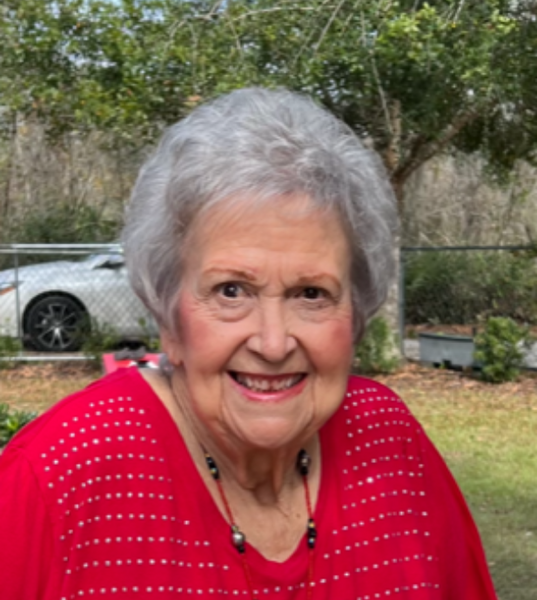 Alleluia!  Her Father has called her Home.  Frances Lairsey, 82 was called home on February 12, 2022.  She was born in Opp, Alabama moving to this area when she was seven years old.  She graduated from Sebring High School in 1957.  She then attended FSU and married Charley Lairsey in 1958.   In 1967 the family moved to West Palm Beach, Florida and returned to Sebring in 1995.  She was a seamstress and a member of First Baptist but attended Sparta Road Baptist Church.  She was preceded in death by her husband Charles in 2020.  She is survived by her son, Clay (Kelly) Lairsey, Round Rock, TX; daughters, Karen L. (Mark preceded her in death) Latch , Sebring and Amy (Chuck) Poole of West Palm Beach, FL; grandchildren, Ashley McCants, Jeffrey Lairsey, Lauren Lairsey, Lainey Poole and Kelsey Poole. Condolences may be expressed at www.morrisfuneralchapel.com

To order memorial trees or send flowers to the family in memory of Frances B. Lairsey, please visit our flower store.