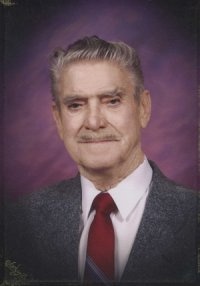 HALNAN, FRANCIS JOSEPH, JR, 90, of Sebring, FL, died, Tuesday, April 3, 2012. Frank was born in West Homestead, PA, a graduate of Central Catholic High School and attended Carnegie Tech, both in Pittsburgh, PA. He proudly served his country retiring after 24 years. He was inducted in the Army Corps of Engineers, attending pilots school at Turner Field, Albany, GA. He was a fighter pilot in the Pacific during W.W. II after which he became one of the first B-52 pilots. Following his retirement Frank became associated with American Carbon Corporation, Chicago, IL. In 1967 he married Lt. Col. Phyllis James, moving to Sebring in 1971 from Biloxi, Mississippi. A member of the Sebring Elks and a faithful and active member of St. Catherine Catholic Church. Frank is survived by is wife, Phyllis; brother-in-law and his wife, Arthur Ellis and Diane James of Northfield, Mass.; numerous nieces and nephews. Visitation Monday, 5-7 pm at Morris Funeral Chapel. A Mass will be celebrated 10:30 am, Tuesday at St. Catherine Catholic Church with Military Honors following. The family suggest memorials to St. Catherine Catholic School.

A Mass will be celebrated 10:30 am
Tuesday at St. Catherine Catholic Church
with Military Honors following.


To order memorial trees or send flowers to the family in memory of Francis Joseph Halnan, Jr, please visit our flower store.
Send a Sympathy Card