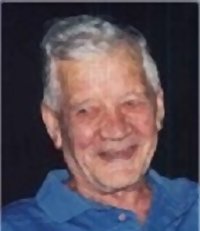 OLSZANSKI, FRANCIS M, 97, of Sebring, FL died March 31, 2016. He was born in Rossford, OH and a W.W. II, veteran of the Army Air Corps. He retire from the U.S. Postal Service as a clerk and moved to Sebring in 1996. A volunteer for St. Vincent dePaul; in the military he was a pitcher in softball; loved golfing and was a sport enthusiast. A member of St. Catherine Catholic Church. He is survived by his son, Bernard Olszanski, Sebring; daughters, Michele Radford, Maryville, TN, Mary Glenn, Arvada, CO, Anne Nusse, Hillsboro, WI, Rose Glenn, Ft. Collins, CO and Nellie Kaufman, Littleton, CO; numerous grandchildren and great grandchildren and great great grandchildren.


To order memorial trees or send flowers to the family in memory of Francis M. Olszanski, please visit our flower store.
Send a Sympathy Card