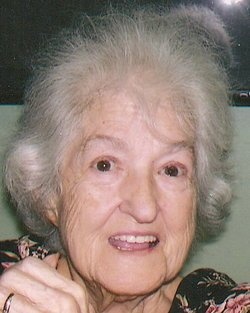 KELLER, GERTRUDE, age 78 of Sebring died August 25, 2009 at The Palms. She was born in Ewa, Hawaii moving to Sebring in 1984 from Smithfield, PA. She was former owner of Creamy Dip Soft Ice Cream in Fairchance, PA. On February 21, 1946 she married Richard Keller who died on February 21, 2004. She was also preceded in death by sons, Edward and Gerald Keller. Gertrude retired from Sebring Wal Mart in 2002. She is a member of Sebring Church of the Nazarene. She is survived by her grandchildren, Michelle Keller, Sebring, Edward and Scott Keller both of Tennessee; two great grandchildren and her sister-in-law and her husband, Mildred and Bill Schlosser of Sebring. Visitation, 9:00 am, Monday at Morris Funeral Chapel with a service at 10:00 am with Rev. Tim Taylor officiating. Burial will follow at Lakeview Memorial Gardens, Avon Park.

To order memorial trees or send flowers to the family in memory of Gertrude Keller, please visit our flower store.