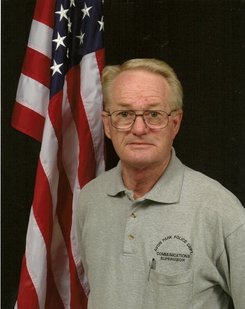 AVON PARK - The Avon Park Police Department is mourning the loss of one of their own, who passed away early Tuesday morning at the Moffitt Cancer Center in Tampa.
Henry Walter McLendon, 65, started working for the APPD in June 1984 and retired on May 29, according to Cmdr. Mike Rowan. McLendon served as an auxiliary and communications officer, information technology coordinator and supervisor of the dispatch center. He received over 40 awards, commendations and letters of appreciation in his 25 years of service.
Rowan said McLendon died at 4:30 Tuesday morning and had been diagnosed with cancer three weeks ago.
"Henry 'Walt' McLendon was dedicated to his profession and served this agency with pride, integrity and honor," Rowan said. "He continuously displayed enthusiasm and without hesitation went out of his way to assist others.
"The members of the Avon Park Police Department are saddened by Henry 'Walt' McLendon's passing and their thoughts and prayers are with their family."

There was no information at press time about funeral arrangements.

To order memorial trees or send flowers to the family in memory of Henry Walter McLendon, please visit our flower store.
Send a Sympathy Card