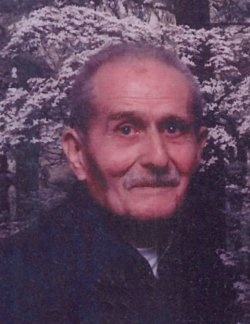 Brumwell, Jack Arden, 63 of Sebring, FL passed away Wednesday, September 22, 2010, at Highlands Regional Medical Center after a short but valiant and brave battle with Glioblastoma, brain cancer.
He was born October 28, 1946 in Eugene, Oregon, the oldest of seventeen children to Clarence and Dorothy 'Mae' Brumwell.
He enlisted in the US Navy in January 1964. Served on various ships and shore stations throughout the world. Married and divorced.
Retired from the Navy in July 1985 as a commissioned Chief Warrant Officer3 after completing 22 years which included 4 years in Viet Nam; 1965-1967 on ships off the coast conducting search and rescue and gunfire support missions. 1969-1971 in country providing support to the brown water Navy River Patrol Boats, i.e., PBR's, Swift Boats, & River Assault Groups. Assigned to the Patrol Hydrofoil Squadron in Key West, Florida. He married the love of his Life, Tina on April 8, 1990. Worked as a marine mechanic and service manager for a marina. Graduated from Florida Keys Community College with an Associates Degree in Electronics Engineering and was a member of Phi Theta Kappa International Honor Society. He obtained a FCC General broadcasters license in the late 1990's. He worked as a television broadcast technician for Voice Of America, broadcasting TV Marti to Cuba from a tethered aerostat flying at 10,000 feet on Cudjoe Key. Jack enjoyed running with the Southernmost Runners and the Marathon Runners Club in the mid 1980's; competing in the 7-Mile Bridge Run in April 1985. He autocrossed his MG Midget with the Ecurie Vitesse Sports Car Club (EVSCC) in Key West for many years. He also raced cars as an amateur with the Sports Car Club of America (SCCA), competing in two 24 hour events.
He moved from Key West to Sebring, Florida in 2001. He became a Florida State Certified Residential Real Estate Appraiser, and in 2004 he and his wife established an an appraisal firm, Highlands Appraisers, Inc. He and his wife Tina were jointly awarded honorary lifetime memberships in EVSCC in 2001. He was also a member of SCCA and VFW Post 4300 in Sebring, Florida. He enjoyed cooking, racing and fellowship with his many friends, spending time with his wife and his beloved dog Katie.
Survivors include his wife, Tina; two sons, Mark Brumwell of San Francisco, CA, Paul Brumwell of Atlanta, GA, a step daughter Sheila Wilkey of Atlanta, GA, step sons, Sonny Flohr (Paula) of Miami, FL and Frankie Flohr of Orlando, FL; his mother of Reedsport, OR. Jack was preceded in death by his father, two brothers: Jerry Brumwell and Richard (Glenn) Brumwell, and is survived by brothers: Wes, Gilbert and Jeff, all of Eugene, Alan of Florence, Greg of Reedsport, Keith of Frankfurt, Germany and sisters: Suzie Roe, Edie Loew, Diana Taekker, all of Eugene, Charlotte Carter of Roseburg, Nancy Gilson of Noti, Carmen Sundin of Vader,WA, Rita Strohbin of Porterville, CA and Shelley Woodall of Veneta.
A memorial will be on Saturday October 2, 2010 at 11:00 am at Morris Funeral Chapel 307 S. Commerce Ave, Sebring, FL 33870 (863) 385-0101. A West coast memorial will be held on Thursday October 28, 2010 at 12:00 pm at the Veneta Community Center 25192 East Broadway, Veneta, OR.
Any memorial contributions can be made to the Musella Foundation, 1100 Peninsula Blvd, Hewlett, NY 11557. If you are making a donation in Jack's memory, please enclose a note with his name.

To order memorial trees or send flowers to the family in memory of Jack Brumwell, please visit our flower store.