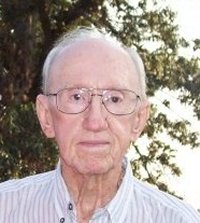 CLINE, JACK MURRAY, 86, died suddenly and peacefully at his home in Sebring on December 31, 2012. He was born in Hickory, NC. He was preceded in death by his parents Ted H. and Minnie (Bolch) Cline, Sr.; his sister Clarke Spencer and his brother Ted Cline, Jr. He was a veteran of WWII serving in the Navy. Jack moved to Sebring in 1972. Although his occupation was Furniture Designer he loved working with wood. Over the years he made many toys, clocks, furniture and other items that will be treasured by many for generations. He is survived by his wife of 64 years, Helen Decker Cline; his daughter, Julie Baker (Husband Gene) of Hickory, NC; sons David Cline of Sebring and John Cline of Chicago, IL; grandsons Daniel Baker and Matthew Baker of Hickory, NC; and many nieces and nephews. At his request, there be no local services. Arrangements by Morris Funeral Chapel, Sebring, FL

Place of Birth: Hickory, NC
Death: December 31, 2012
Place of Death: Sebring, FL
A veteran of WWII serving in the Navy.

At his request, there be no local services.
Arrangements by Morris Funeral Chapel, Sebring, FL

To order memorial trees or send flowers to the family in memory of Jack Murray Cline, please visit our flower store.