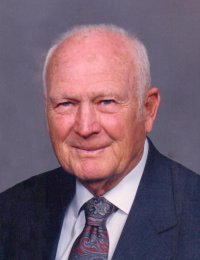 INGLE, JACK LAWRENCE, was born January 17, 1921 in Athens, GA, and he and his family moved to Sebring, FL that same year. He was proceeded in death by his first wife, Anne Ingle in 1969, and most recently by his wife Katharine Ingle on March 27, 2014. He was active in many organizations in Sebring, most notably he was the principal of Woodlawn Elementary and Past President of Rotary Club of Sebring and in his church. He is survived by his two children, Martha Genzman and Andrew Ingle (Nancy), and a number of grandchildren and great grandchildren. He will be missed by his community and loving extended family.

To order memorial trees or send flowers to the family in memory of Jack Lawrence Ingle, please visit our flower store.
Send a Sympathy Card