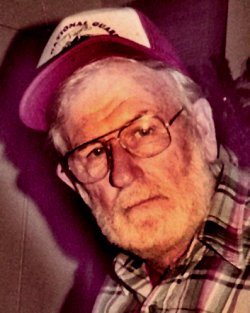 TERRY, JACK. 87 of Sebring, FL passed away peacefully, September 26, 2010. Jack was born December 29, 1922 in Pontiac, MI to Mae and Guy E. Terry. He moved to Miami, FL at age two and attended Miami Edison High School. He served the U.S. Army during W.W. II under General Patton and fought for our country in Japan, Germany and France and was one of the soldiers who survived the landing of Normandy. When he returned home he met his wife of 62 years, Gwen, who passed away in February 2009 whom he has missed dearly. Jack owned a Amoco Service Station in Miami for over 20 years, then built a Auto Salvage business in Opa -locka. He moved to Sebring 35 years ago and transformed a Historic Sebring Rail Station into a Unique Junk Store, only to be torn down to make way for The Sebring Parkway. He relocated to a store on Ridgewood and Pear Street. He loved the outdoors and the Auction Circuit, but most of all he loved talking with people. Jack was also preceded in death by his brother, Edwin. He is survived by his sister, Mary Bowser of Sebring and his children, Guy (Judy) Terry, John (Tina) Terry and Margaret Arjona; grandchildren, Danielle Terry, Jessica Terry, Marissa Arjona, Calvin (Crystal) Arjona and Lyle Arjona; great grandchildren, Alicia Greene and Calvin Jack. A gathering of Family and Friends will be, 6-8 pm, Friday, October 1, 2010 at Morris Funeral Chapel. At 7:00 pm, Rev. Springer will have a service. Private Family burial with Military Honors by V.F.W. Post #4300 at 2:00 pm at the family cemetery.
Condolences or Life Stories may be expressed in his Guestbook. Morris Funeral Chapel, Sebring, Fl.

To order memorial trees or send flowers to the family in memory of Jack Terry, please visit our flower store.
Send a Sympathy Card