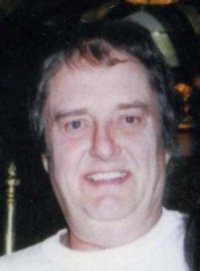 HAMILTON, JAMES M., 71, formerly from Henderson, Nevada, passed away in Sebring, FL , on July 12, 2011. He was born in Tunkannock, PA to Ruth & Donald Hamilton, moved to Towanda, PA & later Binghamton, NY, where he graduated from Binghamton Central High in 1957. He attended Nyack University, Nyack, NY where he majored in theology & studied the Russian language. He was assigned to the US Naval Security Group and was a member of Fleet Air Reconnaissance Squadron One, serving as a Russian linguist. He received numerous commendations and medals for his service to the Armed Forces. After serving seven years with the US Navy, he received an honorable discharge and joined the US Army Reserve to work for the Dept of Defense, The National Security Agency as a cryptologist. After retirement, with the government, he moved from Glen Burnie, MD to Las Vegas, NV to live his dream. Jim will always be remembered for his knowledge of sports (Especially baseball) and how he loved to gamble on his teams. He is survived by his sister, Pat Wilk, Sebring, FL; brother, Thomas J. (Clair) Williams, Albany, NY; nieces, Debbie Kuykendall, Patricia Massung; nephews Raymond Kuykendall, Simon Wilk and Joseph Wilk. Jim was a member of the Henderson American Legion and V.F.W. He was buried with military honors at Sarasota Veterans Cemetery, Sarasota, FL on July 18th.

He was buried with military honors
at Sarasota Veterans Cemetery,
Sarasota, FL on July 18th


To order memorial trees or send flowers to the family in memory of James M. Hamilton, please visit our flower store.
Send a Sympathy Card