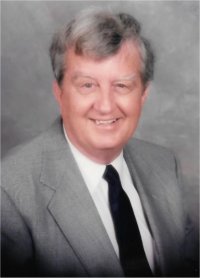 RIMER, James (Jim) Marble, Jr., age 84 passed peacefully away with his wife and brother-in-law at his side December 3, 2014 at Good Shepherd Hospice. Jim was born 11/05/1930 in Lima, Ohio actually living in Rimer, Ohio. He originally moved to Avon Park, FL in 1962 with his first wife Eleanor and their three sons later adding his daughter Carmen to the family. Jim is survived by his wife Kathleen (Norris) Rimer, daughters, Barbara (Bobbi) Rimer, Carmen (Larry) Klemme, Ruth Ann Palmer, sons, James Richard (Rick), Bryan Douglas, David Carroll, Grandsons, James Eugene Bell, Jeffery (Megan) Rimer, Justyn James Rimer, Isaac Rimer, and granddaughter, Amanda (Rimer) Morel. Four great granddaughters and three great grandsons. He is also survived by three brother-in-laws, David (Alice) Norris, Howard (Terry) Norris and John (Kathleen) Norris. He is also mourned by several beloved nieces and nephews...with a special kinship with John C. Norris and Harvey H. Norris, and Lisa (Bronger) Smith.
He served his Country in the US Air Force mainly in Savannah, GA where he attended classes at the University of Georgia. Jim's love of autos was well-known by family and friends as he was always looking for that new, unique, antique or powerful ride. Jim was the original, founding manager of Lakeview Memorial Gardens for several years prior to moving with his wife Kathy to own their own cemeteries in Georgia, North and South Carolina. After retirement in 1997 he and Kathy returned to Sebring with their new daughter Bobbi to enjoy warmth, sunshine and old friendships. Jim's life in Sebring was filled with being a new father to Bobbi and many civic loves, a few of which were Sebring Chamber of Commerce, Sebring Downtown Merchants' Association, Sebring Planning and Zoning Board, Community Redevelopment Agency, Kiwanis and Central Florida Regional Planning Council having been appointed by Florida Gov. Bush. Jim loved Sebring and he and his wife owned Iris & Butterflies gift store and "Get A Grip" Gymnastics Center He was instrumental with a partner in returning three of Sebring's downtown buildings to their former grandeur.
Services will be held Saturday, Dec. 6, 2014 at Lakeview Memorial Gardens Chapel with family and friends gathering from 9:30 to 10 AM and full military honors immediately following. Father Scott Walker of St. Agnes Episcopal Church will be conducting burial prayers. All arrangements will be expertly handled by Morris Funeral Chapel. Church and those desiring may make memorials to his church.

Services will be held Saturday, Dec. 6, 2014
at Lakeview Memorial Gardens Chapel
with family and friends gathering from 9:30 to 10 AM
and full military honors immediately following.
Father Scott Walker of St. Agnes Episcopal Church
will be conducting burial prayers.

To order memorial trees or send flowers to the family in memory of James (Jim) Marble, Rimer Jr, please visit our flower store.