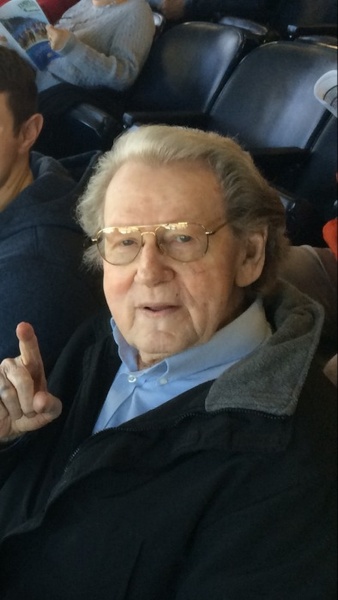 On June 27, 1953 Jerry married his beloved Irish girl Mary Irene Dunn. Soon after they began their travels around the world, living in a multitude of places, including Madrid, Spain which they spoke of and shared memories from for their entire lives. Jerry was able to capture many of these memories in photographs as he became an advanced amateur photographer.

After leaving the Air Force Jerry began his over 35 year career in retail management, during which he served as a member of the board of directors for several organizations and corporations before retiring in 1996. In post-retirement Jerry worked in auto sales as he was never one to be idle.

Jerry was often referred to by his children and grandchildren as Papa. An avid collector of words as well as a walking encyclopedia. In later years he compiled much of this knowledge into six published novels.

Jerry was a man with many hobbies; photography, writing, and carpentry, which he used to personalize every home he lived in as well as those of many family members. This gave him great pride. He was also an expert gardener with an exceptionally green thumb.

Jerry was a man who if he didn't know how to do something he would research it until he did. He believe you could achieve anything if you truly wanted to. His poise and strength of character will always be remembered. Providing guidance, motivation, emotional support, and role modeling to us all.

Jerry had immense pride in putting his family first and provided great comfort with these words given to him by his late wife, "I love you and I believe in you."

In lieu of flowers donations can be made to:

In Memory of Jerry McIntosh

Interment will be at 2:00 PM at Bay Pines National Cemetery where Jerry and Mary will be interred together.

To order memorial trees or send flowers to the family in memory of Jerry J. L. McIntosh, please visit our flower store.