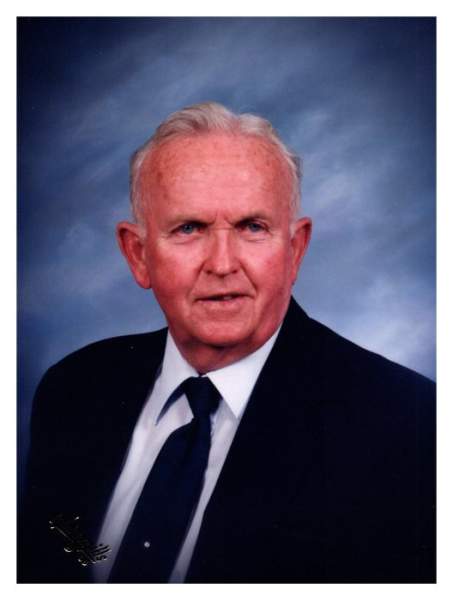 John Marion Adair, was born September 22, 1928, and passed away on May 17, 2018 at the age of 89. His parents: James Wade Adair and Ethel Bocock Adair. He was the baby of 10 children and grew up on a farm in Indiana after his family migrated to Indiana when John was a young boy. John joined the Army in 1945. Upon completing basic training, he was stationed at Ft. Richardson Army Base in Anchorage, Alaska. He was placed in the motor pool and drove the Lieutenant Colonel around in a 1941 Packard, an assignment he truly enjoyed. Once he was discharged from the army he returned home to Lebanon, IN. John’s first wife was Edna Farris of Lebanon, IN and they had two girls. They were divorced. He later married Vernita Moore on April 16, 1954 and they had two sons. John spent his adult years as an auto mechanic. His children and grandchildren know him best for his woodworking, brain teasers and gadget puzzles, his joking sense of humor, his funny car horn, his homemade ice cream and his love for cats. John is preceded in death by his parents James W. and Roberta Ethel (Bocock) Adair, his wife Vernita, and his daughter Kathy Jean Adair Dixon Dufour and nine siblings. He is survived by his daughter Linda Adair Durr (Larry); his sons Gregory Alan (Elizabeth) and Gary Lee (Cathy) Adair; his grandchildren Jennifer Jo Durr Goodrich (Stephen), Julie An Dixon Cook (Andrew Nappi), David Marc Dixon, Dominic Polveri Dufour, Olivia Katharine Dufour, Gregory Alan Adair, Jr. (Melissa), Angela Nicole Adair Porter (Ross), Joshua Paul McGee (Adriana), Megan Lyndall McGee Grimes (Rusty), Caleb Hunt McGee (Jessica), Carrie Ann Adair Brogden (Troy), Ryan John Thomas Adair, John “Rusty” McDaniel (Heather); 20 great grandchildren. John was a man of faith, integrity and had a passion for his family. He took great pride in the character and accomplishments of his children, their spouses and of course his grandchildren. Above and beyond anything John accomplished during his life……and there were extraordinary personal accomplishments relating to military service, being quite possibly the best automobile mechanic who ever turned a wrench, raising a family in a comfortable and nurturing lifestyle, being a loving and faithful husband, being a great friend to so many, being an animal lover, to having a wicked sense of humor to living his life as a true Christian and being a mentor to us all…..above all of that, John or Daddy or Papaw was an inspirational teacher of humanity, humility and life skills to his family. He didn’t preach, he didn’t scold, and he didn’t demand…..John simply lead and taught by example. All of his children and grandchildren have an advantage when sorting out life challenges….Are you having trouble determining right from wrong, having trouble managing money, having trouble reconciling your faith with everyday issues and temptations, well just think about the example and teaching that John provided us all and the correct and proper answer will always materialize. While living in Lebanon, he was a member of the Otterbein United Methodist Church. Upon moving to Florida he joined the First United Methodist Church of Sebring. Family services were held on Saturday. In lieu of flowers, donations may be made in John’s name to the Palms of Sebring or to Compassionate Care Hospice of Sebring. www.morrisfuneralchapel.com

To order memorial trees or send flowers to the family in memory of John Marion Adair, please visit our flower store.