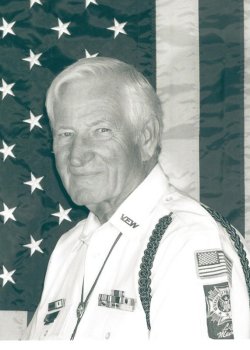 SMART, JOHN R., 78 of Sebring, FL, passed away peacefully, Thursday, October 21, 2010 at his residence surrounded by his loving wife, family, and the Good Shepherd Hospice Team. John was born in Noble County, IN. He served in the U.S. Army in the Korean Conflict with the 3rd Infantry Division and in Vietnam. He retired in 1971 after serving our country for 20 years. John served as claims manager for the Wausau Insurance Company in South Florida for 23 years. In 1993 he moved to Sebring from Miramar, FL and became very involved with V.F.W. Post #4300 serving in many capacities. He was especially proud to serve as Commander of the Honor Guard. He was also a member of American Legion Post #69, Moose Lodge #2259, both of Sebring. Elks Lodge #2548, Plymouth, IN, Society of the 3rd Infantry Division, U.S. Army. John was an avid fisherman and of the Christian Faith. John was preceded in death by his father, John I. Smart and brother, Ronald Smart. Survivors include his wife, Bonnie; mother, Mildred M. Kimmell both of Sebring; children, Kim (Nancy) Smart, Weatherford, TX and their children, Brandy Meek and Cori Rheinheimer, Jay (Charlene) Smart, Kendallville, IN and their children, Josh Smart and Shondria Rangel, Kevin (Jenny) Smart, Biloxi, MS and their children, Jeffrey Smart, Jeremy Smart and Amanda Lane, Sherri (Ben) Henley, Sebring, FL and their children, Alexandria Cusato and Victoria Henley, Steven (Cindy) Peffley, Sunrise, FL and their children, Shane, Kyle and Macie Peffley; nine great grandchildren; brothers, Robert (Janice)Smart, Raleigh Durham, NC, William (Carole) Smart, Sebring, FL and Fred (Jeannette) Smart, Kendallville, IN; many very special nieces, nephews and cousins. A celebration of his life will be held at the V.F.W. Post #4300 at a date and time to be announced. The family suggests donations to V.F.W. Post #4300/ Honor Guard.
Condolences or Life Stories may be expressed in his Guestbook. Morris Funeral Chapel, Sebring, Fl.

To order memorial trees or send flowers to the family in memory of John R. Smart, please visit our flower store.
Send a Sympathy Card