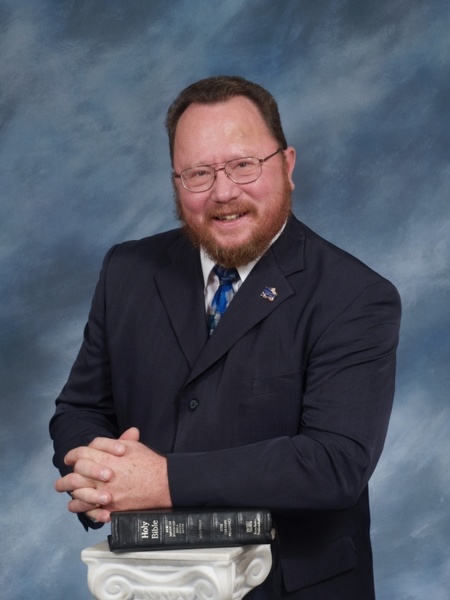 Jonathan David Booher went home to be with the Lord on September 6th, 2019. He was born in Frankfort, IN. He married Terri Lynn Garrod on September 11, 1981.

He attended Marion College in Marion Indiana and Wayland Baptist University in Plainview Texas. He graduated with three associate degrees and a Bachelors of Education, Bachelors of Administration as well as a Bachelors of Computer Science. In 1998 he started Dallas Theological Seminary and graduated in 2002 with a Masters of Theology in Pastoral Leadership in Biblical Counseling.

He served in several churches in the central Florida area.

Visitation Tuesday, September 10th, 10 am to 11 am at First Baptist Church of Lake Josephine.

Funeral Service will follow at 11am at First Baptist Church of Lake Josephine.

Jonathan will be buried with full military honors at Fort Sill National Cemetery in Elgin, Oklahoma. Dates and time to be determined. Further information can be obtained from Becker Funeral Home in Lawton, Oklahoma.

In lieu of flowers the family requests donations be made to: Gideons International, P.O. Box 1635,

To order memorial trees or send flowers to the family in memory of Jonathan David Booher, please visit our flower store.