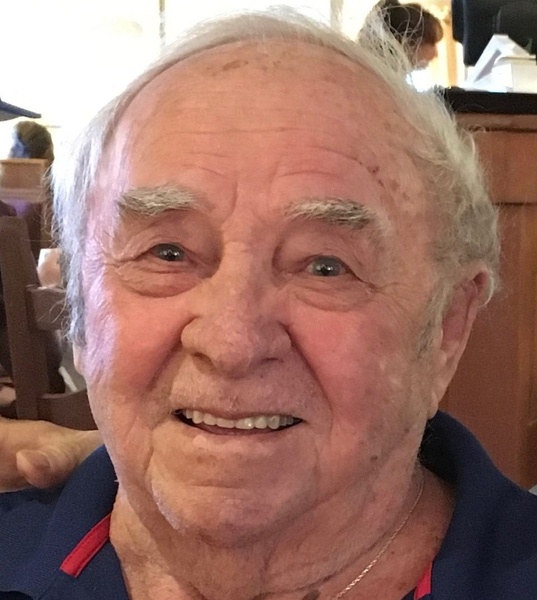 Josef (Joseph) Brunner, known to his friends and family as Joe, was born in Budapest, Hungary on May 25, 1933 to the late Mathias and Anna (Monger) Brunner. Joe immigrated to the United States in 1952 and shortly thereafter joined the US Army and spent two years at Fort Hood training as a tank driver before being honorably discharged. After the Army he lived in Cleveland, Ohio for a time before moving to Fort Lauderdale, FL where he worked in pool construction.

Joe called Sebring, FL his home from 1976 to 2017. While in Sebring he was owner and operator of Brunner Pool & Spa and long time member of St Catherine Catholic Church. He enjoyed traveling, bike riding, reading, and spending time with friends and family. He spent his final years living in Clermont, FL to be near family.
He is survived by his wife of 48 years, Kristina (Pienkowska) Brunner; his three children, Edward Brunner (married to Myfanwy Brunner), Ronald Brunner, and Monika Lynch (married to David Lynch); a half sister, two step sisters, seven grandchildren and four great grandchildren. In lieu of flowers we ask that you please make a memorial donation to an animal or children's charity in his name. A graveside service will be held on Wednesday, February 2, 2022 at 11:00 AM at Pinecrest Cemetery in Sebring.

To order memorial trees or send flowers to the family in memory of Josef (Joseph) Brunner, please visit our flower store.