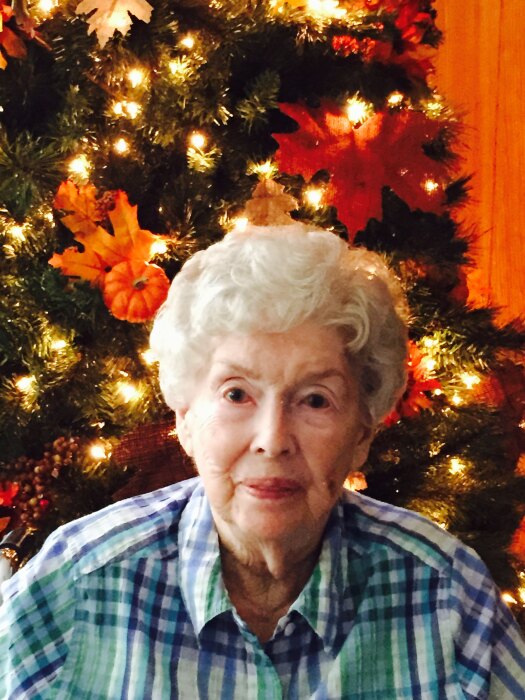 Joyce Privara Stutzman, 93, died November 17, 2020, with her family by her side in Sebring, Florida.

She was born December 24, 1926 in Poplar, Montana on an Indian Reservation to Harry and Georgia Swank. Sometime later they moved their family to Florida where her father worked at the Kenilworth Lodge in Sebring, FL. In time her mother learned to drive and went to school to become a school teacher.

For a while Joyce attended Manchester College, a church of the Brethren school in North Manchester, Indiana.   From there she went to a mental hospital to work where she met Sam Privara. They were married in March 1946.

She was very involved in the Church of the Brethren, especially in the summer camp program for children.

Joyce was a very gifted seamstress and attended many classes to sharpen her expertise. She would sew for her daughters and even made wedding dresses.

Eventually she opened her own business called Fabric Carousel, sold fabric and taught classes. Upon her husband’s death in 1987 she remarried Donald Stutzman in 1988. The two of them loved to travel and traveled the country with family.

She was preceded in death by her granddaughter, JoyAnn Stutzman.

To order memorial trees or send flowers to the family in memory of Joyce Stutzman, please visit our flower store.
Send a Sympathy Card