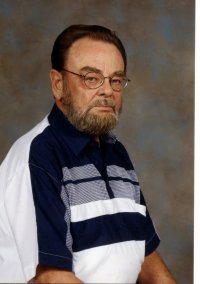 von Frantzius, Klaus, 87 of Sebring, FL, went to be with the Lord at his residence on Thursday, December 11, 2014, surrounded by his loving and devoted wife, Sammy and her sister, Bonnie Alsup and their niece, Robin Whisman along with Klaus beloved friend and caregiver Cindi Scott and her husband Bill. Klaus was born in Germany moving to the United States and was an owner of a metal finishing company. He has been a Sebring resident for the past thirteen years coming from Michigan. He is survived by other family members, son, Ted of Ft. Lauderdale, FL; daughter, Barbara Maledy, Port St. Lucie, FL and son, Ralph of LaBelle, FL; four grandchildren and one great grandson. He will lie in state at his residence, 5015 Strafford Oaks Dr, 2-5pm, Saturday, December 13th. The family suggests memorials to St. Jude Children's Research Hospital, P.O.Box 1000, Dept. 142, Memphis, TN 38101-9908.

To order memorial trees or send flowers to the family in memory of Klaus von Frantzius, please visit our flower store.