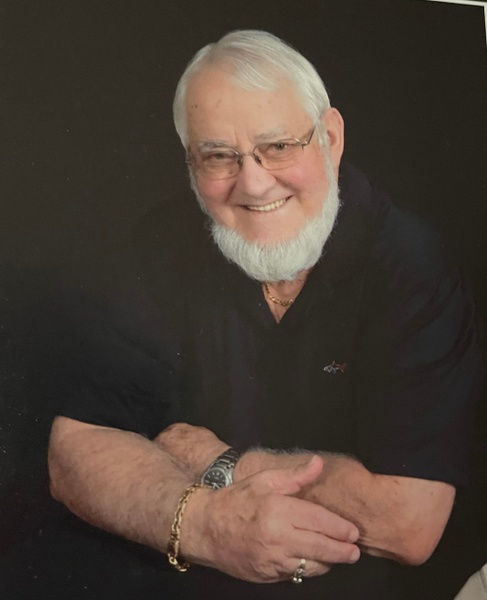 Lawrence C. "Larry" Howell, age 84, passed away Tuesday, August 9, 2022 in Sebring, FL. He was born August 20, 1937 in Bath,NY to Arthur and Nina (Huey) Howell. He attended school in Bradford, NY and graduated in 1955. He was proud to be a dairy farmer and also worked for the U.S. Postal Service as a rural letter carrier. He was very active in many farm related organizations, often serving as president. As a hobby, he raised Registered Belgian Draft Horses. He was a member and Past Chief of the Tyrone Volunteer Fire Department. He was a Mason and Eastern Star member. In 1995, he served as Grand Patron of the New York State Order of the Eastern Star. Larry was a lifelong member of the Tyrone United Methodist Church.
Larry was predeceased by his parents, brother Robert Howell, sister Cleda Allard, two nieces and a nephew. He is survived by his loving wife of 58 years Joan (Honeyman), brothers-in-law, sisters-in-law, special cousins and several nieces and nephews. Larry always called himself a "people person" and he leaves many special friends.
After Larry's retirement, he and Joan built a house in Highlands Ridge in Avon Park, FL. In 2011 they became Florida residents. They joined St. John United Methodist Church in Sebring, FL as associate members. Larry and Joan  developed a love of cruising and enjoyed many cruises, often with friends and family. One very special one was the World Cruise on Princess in 2019.
There will be a Memorial Service on September 10, 2022 at 11:00 AM at the Tyrone United Methodist Church in Tyrone, NY. The service will include Masonic, Eastern Star and Fireman's services. A Celebration of Life will be held at 2:00 PM on September 17,2022 at 3 Gens Grill in Highlands Ridge in Avon Park, FL. Larry loved bright colors, so wear something colorful for Larry. In lieu of flowers, memorial donations may be made to Tyrone United Methodist Church, P.O. Box 1,Tyrone, NY  14887.
To order memorial trees or send flowers to the family in memory of Lawrence C Howell, please visit our flower store.