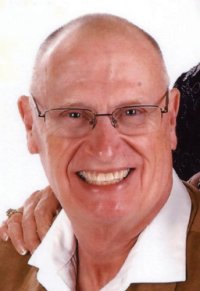 KESSELRING, LESTER, age 71 of Sebring, FL was called home to be with the Lord on Monday, November 21, 2011. Lester was born and raised in Dixon, IL. His career began in 1959 after entering Brethren Volunteer Service, and he was challenged to organize an activities department for a multilevel retirement community in Boonsboro, MD. He met Barbara Landers, whom he later married, and the two committed themselves as a team to serve the elderly. They have continued to do so for 50 years. The two-year service program offered a vocation and led to further education in the area of retirement community administration at George Washington University in Washington, D. C. Lester said he was privileged to have been a part of a selected group who helped develop the University's first nursing home administration course of study. He became a licensed nursing home administrator and served at the Fahrnehy-Keedy Home in Maryland from 1965-1975. During this period, Lester developed a senior pantomime Thespian group, all of which averaged 86 years of age. The group was appropriately named "The Stay Young Club," and they traveled around within a 200-mile radius performing Broadway musicals for church, service and civic organizations. Lester received recognition from the U.S. Senate, and he was listed in the Congressional Record, April 30, 1971, for developing the program for his senior citizen group. Lester accepted a call to come to Sebring, Fl in 1976 to organize and direct an activities program for the Palms Retirement Communities, then Florida Brethren Homes. He worked for 10 years in the former Palms Manor (Hotel Sebring) and at the Palms Estates in Lorida. He experienced the excitement of the construction of the new Palms of Sebring as well as the move into it 20 years ago. He became a certified activities consultant through the National Certification Council for Activities Professionals in 1990. He received the Creative Service "Caregiver of the Year Award" in 1993, and initiated the Fall Harvest/Apple Festival in 1996. Lester's projects included consultantion work for the Palms, establishing a Palms Historical Center, Volunteer work and traveling. Lester believed that his 52 years of ministry with older adults was a blessing and a joy to all. Lester was preceded in death by his parents, Charles and Lois Kesselring, Sebring and he is survived by his loving family, wife of 50 years, Barbara Kesselring; son, Anthony (Cathy) Kesslering; daughters, Dawn (Jerel) Eller, Bonnie Kesselring, Roseann Kiefer; sister, Marcel (Baldy) Miranda; brother, Howard (Sharon) Kesselring; aunt, Darlene (Dean) Butterbaugh; grandson, Jesse Eller; numerous nieces & nephews and their beloved puppy, "Lilly-Bell" The family will receive friends 2:30 pm - 4:30 pm, Friday with a celebration of Lesters life at 4:30 pm at Sebring Church of the Brethren, 700 S. Pine Street, Sebring. Memorials in his name are requested to The Palms Foundation, 725 S. Pine St., Sebring, FL 33870 or to Sebring Church of the Brethren. Burial will be in Winber, PA.
Condolences or Life Stories may be expressed in his Guestbook. Morris Funeral Chapel, Sebring, Fl.


To order memorial trees or send flowers to the family in memory of Lester Kesselring, please visit our flower store.
Send a Sympathy Card