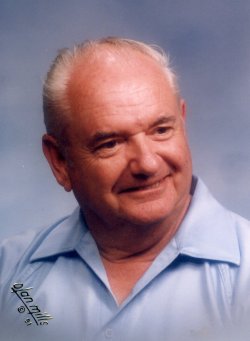 Luke Richwine Mumma August 28, 1932 - November 16, 2016 On November 16th. from his bedroom, under the care of Hospice, Luke was carried on the wings of an angel, into the arms of Jesus and his new life. Luke was the eldest son of Leroy (LG.) Mumma and Margarette Richwine Mumma, Harrisburg, PA. He was preceded in death by an infant son, his parents and sister Lois Mumma Wenger. He is survived by his wife of 64 years, Emily Metzger Mumma, son, Samuel (Pran) Mumma, daughter Sara Mumma Mcinnis and husband Ron Mcinnis; four grandchildren : Jessica Mcinnis Davis and husband Jon Davis of Renesselaer , IN., Joshua Mcinnis and wife Nicole DeMarinis Mcinnis of Cape Coral, FL; Ilana Mumma Spriggs and husband David, Dade City,FL, Kialha Mumma Foust and husband Kyle of Brooksville, FL. Eight great grandchildren: Amber Spriggs, Daniel Davis, Michael Mcinnis, Connor Davis, Juliette Mcinnis, Audrey Davis, Jackson Mcinnis, Edison Foust; also brothers Mark Mumma and John Mumma and sister Mary Mumma Shiffer all of PA. Some experienced Luke to be a Renaissance man even though for 50 years plus he was a service tradesman. First for his father, servicing home appliances. When he moved his family to FL. in 1968, he learned plumbing and became a trouble shooter for Howdeshell Plumbing in Largo, FL. His skill and innovation was always in finding solutions to problems. Luke was an avid reader: poetry, literature, history, science, theology , architecture , art, mechanics, nature, medical and more. He was a "go to person" for information. Music was a big part of who Luke was: as a trumpeter, soloist, base or tenor in choirs or quartets, choir director, chorister, and teller of over 200 hymn stories he had committed to memory. Teaching Bible, giving background history, culture and traditions made him a favorite with many. Although camping, tenting, hiking were not favorites of his, he enjoyed doing them with his family for the purpose of adventure and learning about nature and caring for creation. By example he taught living as a peace-maker, in the family, at work and at church. He was a faithful member of the Church of the Brethren from birth, sojourned with the Mennonites for 1o years and more recently became an associate member of the Emmanuel U.C.C. church in Sebring, FL. At heart Luke was a very private person and in retirement, he preferred more time with books than people. He thoroughly enjoyed the rural setting of the Palms Estates, the canal, the wildlife and the caring community of residents from many places and different backgrounds. Celebration of Life, Saturday, November 26, 11:00AM at the Palms Estates Fellowship Hall, at the end of Dominion Street in Lorida, FL. The Committal will be held at a later date at Emmanuel Memorial Garden at a later date. Memorial remembrances may be made to: Good Shepherd Hospice, Sebring, FL; Emmanuel U.C.C., Sebring, FL; On Earth Peace (Church of the Brethren), New Windsor , MD. or any charity of your choosing.

Celebration of Life, Saturday, November 26, 11:00AM
at the Palms Estates Fellowship Hall, at the end of
Dominion Street in Lorida, FL.
The Committal will be held at a later date at
Emmanuel Memorial Garden at a later date.
To order memorial trees or send flowers to the family in memory of Luke Richwine Mumma, please visit our flower store.
Send a Sympathy Card