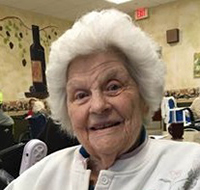 Memorial service will be Friday,
August 5, 2016 at 7 PM at the
Morris Funeral Chapel, Sebring

To order memorial trees or send flowers to the family in memory of Marion Chickerell, please visit our flower store.