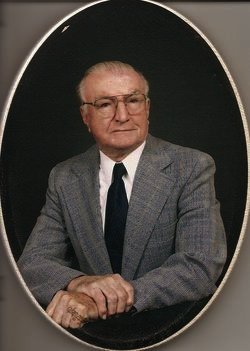 POSTEK, MICHAEL T., age 86 of Sebring, FL, died October 15th (Tuesday) at The Palms of Sebring. Mike was born in Pittsburgh, PA, served in the U.S. Army Air Force, during W.W. II as a radio operator and waist gunner, was a Prisoner of War, in Germany, recipient of the Purple Heart. He retired from the U.S. Postal Service, Miami, FL moving to Sebring in 1979. A faithful member of St. Catherine Catholic Church, Knight of Columbus, Caterpillar Club. He was preceded in death by his wife, D. Eileen Postek and is survived by his loving family, son and his wife, Dr. Michael T and Christine Postek, Jr, Rockville, MD; sisters, Barbara Smith and Mary Norris both of Pittsburgh, PA; grandchildren, Christopher and Michelle. The family will receive friends, 3-5 pm, Sunday at Morris Funeral Chapel. A Mass of Christian Burial will be celebrated 10:00 am, Monday at St. Catherine Catholic Church. Military Honors will follow at 2:00 pm at Florida National Cemetery, Bushnell, FL. The family suggest memorials be made to St. Catherine Catholic School.

11/10/2009 - Michelle Postek
Thank you for the wonderful page dedicated to my grandfather. He was loved by everyone he knew. He was such a patient and kind man. I loved to hear his stories and inquire about his eventful life. I will now pass on those stories for times to come.

10/18/2009 - Christopher Postek
You will be sorely missed, I know that you will be looking down on me - helping to guide me in the right direction. Rest in peace Grandpa!

10/18/2009 - Kathleen Zeller-Hyden
I remember my Uncle Mike as a kind, good-humour-filled and gentle person. I still look at some model cars on the road and think "shoebox" which is what he called his car when I was a little kid. I will miss sending the Christmas card and the occasional chat with him but rejoice that he is now with his beloved Eileen. Bless him and his family.
Kathy


To order memorial trees or send flowers to the family in memory of Michael T Postek, please visit our flower store.
Send a Sympathy Card