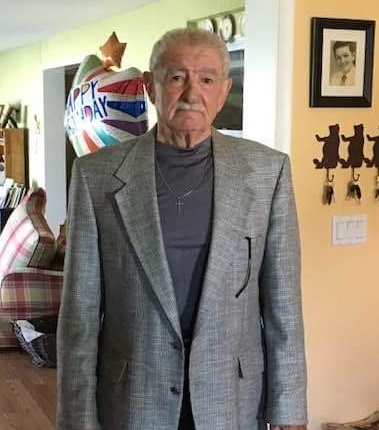 Ralph J. Trolian, 82 of Sebring passed away December 3, 2020 in Tampa, Florida. He was born in Keyport, New Jersey, named after his Grandmother Ralphella. He attended Keyport High School and received his Bachelors Degree in Human Resource Management. His professional career in Law Enforcement started in Keyport, NJ as a patrolman later moving to Boynton Beach, Florida where he received many promotions and retired after 20 years of service at the rank of Lieutenant. Ralph loved and supported Law Enforcement his whole life. Ralph went on to work in the boat industry with his brother Ponch at Wellcraft and later at Donzi Marine. He was always the cowboy at heart, he loved ranching and horses. Ralph also attended Blacksmith school and became a farrier. His finale was working with his wife and partner Trish at Simply Trish Catering. He was loved and adored by all, his time here was so full of meaning and purpose, and he was a family man. Ralph was Catholic by faith and an active member of St. Agnes Episcopal Church where he brought joy to all ushering and greeting people at the door Sunday mornings. He loved his church and the church family and never met a stranger.

Ralph and Trish were married on a Tuesday afternoon on Valentine's Day in 1989 making 32 years of the best love and memories. He was always Trish's knight in shining armor on the ready to slay her dragons. The greatest love in his life was his wife, whom he cherished and loved with every breath.

To order memorial trees or send flowers to the family in memory of Ralph John Trolian, please visit our flower store.