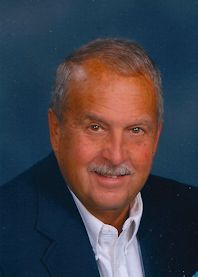 Ray E. Clark, age 76, resident of Shelby died suddenly, Tuesday, January 14, 2014 in Sebring, Florida.
Born January 26, 1937 in Shelby to Byron and Ethel (Lybarger) Clark he had been a lifelong Shelby resident. A 1955 graduate of Union High School, Ray worked for AMF in Shelby, Ohio and then attended Lincoln Welding School to develop his welding skills. This skill helped him become part owner of Shelby Welding. From here, he worked extended periods at Mansfield Tire & Rubber Company, Tech Form and then he eventually retired from Bunting Bearing in Mansfield, Ohio in 2004. Once retired, he kept himself busy with helping friends farm as well as spending his winters in Florida. Ray was a veteran of the US Army and a member of the First Lutheran Church.
Ray had a deep passion for automobile racing and would love to travel and visit different speedways throughout his life making many life long friends along the way. In his younger days, Ray played lots of softball. Later in life he thoroughly loved watching sports, especially his kids and grandkids as well as the Ohio State Buckeyes.
He is survived by his loving wife, best friend and travel companion for 49 years, Carolyn "Susie" Clark; his children, Julie "Jake" Clark, wife Kelly of Winthrop, MA and Byron "Skip" Clark, wife Stephanie, two grandchildren, Chloe and Braydon Clark of Denver, North Carolina, his sister, Martha Clark of Shelby, Ohio, cousin, Wanda Humphrey of Shelby, Ohio, nieces, nephews and other relatives. In addition to his parents, he was preceded in death by his brother, Gene Clark in 1997.
Funeral services will be held in the Spring of 2014 and announced at a later date. Memorial expressions may be made in Ray's memory to First Lutheran Church Food Pantry, 33 Broadway, Shelby, OH 44875; Shelby Little League, P.O. Box 126, Shelby, OH 44875 and Shelby Girl's Softball League, P.O. Box 772, Shelby, OH 44875. Carolyn may be reached at Bonnet Lake Campground- Lot 45, 2825 State Road 17S, Avon Park, FL 33825. Barkdull Funeral Home in Shelby is in charge of local arrangements.


To order memorial trees or send flowers to the family in memory of Ray E. Clark, please visit our flower store.
Send a Sympathy Card