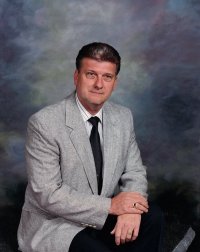 Richard Robert "Bob" Kurinko, Sebring, FL formerly of Meadville, PA went to be with our Lord on Thursday, November 28, 2013.

He was born in Warren, OH the son of Richard Nick Kurinko and Hazel Harriet Slater Kurinko. He graduated from Meadville High School in 1959. He married his first wife Judy Boyer after high school. He entered the Army and served in Italy in Army Security. After his discharge, he lived in California and worked for Bell Telephone, before moving back to Meadville, PA. He was employed by Talon, Inc., Meadville Malleable, and GTI Components before entering the State Police Academy. He was enlisted in the Pennsylvania State Police on January 4, 1968 and retired on January 3, 1992. He worked in traffic patrol, Regional Narcotics Strike Force, worked DEA and FBI surveillance, and was a Criminal Investigator. He also served as a liaison to the Secret Service. He was mainly located in Troop E, Meadville Barracks. After retirement he was employed at Allegheny College Security. He married his second wife, Betty Ray Kurinko in 1979. He retired to Sebring, FL in 2008, where he resided with his daughter and her family.

Bob was a member of the Fraternal Order of Police, PSP Retiree Association, Veterans of Foreign Wars, American Legion, AMVETS, Fraternal Order of Eagles, Loyal Order of Moose, and was a Mason. He was preceded in death by his parents, Richard Nick and Hazel; his wife Betty C. Kurinko, a stepson Christopher Wallis, and his sister Dixie L. Fravert.

Bob enjoyed life. He was an avid golfer, enjoyed skiing, fishing and traveling, loved to cook and especially loved the camaraderie of friends. Services will be held at Morris Funeral Chapel in Sebring, FL Sunday from 2-4 and service immediately following. Another service is planned for Wednesday in Meadville, PA.

Those desiring to make a memorial contribution may do so to: Pennsylvania State Troopers Association Fund or Local Veterans of Foreign Wars in his name.


Preceded In Death BY

Services will be held at
Morris Funeral Chapel in Sebring, FL
Sunday from 2-4 and
service immediately following.
Another service is planned for
Wednesday in Meadville, PA

To order memorial trees or send flowers to the family in memory of Richard Robert Kurinko, please visit our flower store.
Send a Sympathy Card