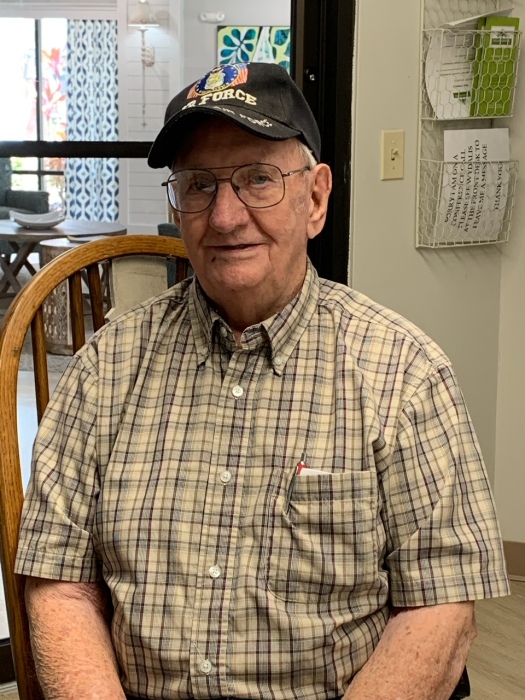 Richard R. Noel was born in Springfield, Massachusetts on November 29, 1930, son of the late Arthur and Anna Noel. He attended Cathedral High School and in 1948, helped restore an old opera house and created a skating rink in the small  town of Huntington, Mass., where he met and courted Sara (Sally) Caron. By 1950, Dick joined the Air Force with his two best buddies during the Korean Conflict and Sally graduated high school and went off to Bridgewater State Teacher's College near Boston to achieve her dream of being a first grade teacher. Their time apart was miserable and in 1952, Dick married "his best gal", who wanted to be his wife, much more than she wished to be a school teacher. He studied and earned his certification as a jet engine mechanic and also received his "wings" as a pilot. While stationed in the Bahamas in 1954, the first of their eight children, Gregory Alan, was born in Melbourne, Florida.

After serving his country, Dick brought his family back to Massachusetts and he became a certified ASC auto mechanic. Two more sons arrived, Douglas Paul in January of 1955 and Richard Robert, Jr. in May of 1956. By August of that year, Dick and Sally had saved enough money to move back to Florida (pulling their 44-foot mobile home with a 1950 Packard!). Dick had secured a job in Tampa as a mechanic for a time until he answered an ad for a job with Jim Blackman Ford. The dealership was located where the Post Office is now in downtown Sebring. In June,1957, their fourth son, Steven Duane was born and Dick bought property in Desoto City, with plenty of room for his young sons to play.  Baby boy number five arrived in September of 1958, Daniel James. Dick accepted a better job as the parts/service manager for Avon Park Motor Company and soon, he and Sally purchased a house on Nahaw Avenue in Sebring, near the elementary school. Christmas of 1959 was especially wonderful...a new house and a new daughter, Cynthia Ann. In March of 1961,  a second daughter,  Kimberly Anne arrived to the Noel family.

Dick continued to excel in the automotive world, taking on side jobs repairing cars for friends and neighbors in the one-stall garage in the backyard. One by one, the older boys began school at Woodlawn Elementary. Jeffrey Philip was born in January of 1963, the eighth and last child of Dick and Sally Noel. In 1964, Dick and his friend, Jim, a fellow mechanic, opened their own garage together, 'D & J Auto and Truck Repair'. The partnership did not work out, and Dick bought out his partner three months later. Thanks to Dick's perseverance, ambition and desire to get ahead, it was the beginning of a 25-year successful business. Soon he, with Sally's assistance, opened 'Quality Body Shop', and later were awarded the American Motors and Jeep franchises. They began selling cars as well as servicing them. While with the American Motors franchise, Dick earned several awards and all-expense paid trips for he and Sally to enjoy, such as Arizona, California and Paris. While in California, they were proud to have at their banquet table, Dick Teague, the designer of the popular Pacer automobile. In Paris, they were treated to many tours which included dining and dancing in the Eiffel Tower! Dick and Sally found a beautiful "Mansion" for sale on Lakeview Drive while driving on a Sunday afternoon. The house on Nahaw was bursting at the seams with eight children, and although most of their finances had been dedicated to starting and improving their business, they managed to buy the seventeen-room house. Suddenly, there was room for everyone, including Dick's father, who delighted in caring for the big yard. There was a ping pong table and a pool table, a laundry room with washer and dryer, a furnace and a freezer. As the boys grew older, each began working for the family business: sweeping, oiling the jacks, dumping oil buckets and eventually they each learned light mechanic skills, the value of hard work and the importance of integrity.

When all but the three youngest children had graduated, Dick sold the "big" house and bought a suitable house on Thurston Avenue behind the high school, and built what is fondly known as "Dick Noel's Nashaway". Over the years he'd collected and restored many antique vehicles in the huge garage and collected many memorabilia related to Nash, Jeep and AMC. Dick and Sally vacationed each year with their children: Mexico, Niagara Falls... and in the Ozark Mountains, they discovered Kingston, Arkansas where they bought sixty acres of land. Each year, Dick took one or two of the children up to the mountain to help clear land and work on an historic cabin which had come with the property. Later, after each of the eight kids graduated high school to pursue higher education or careers of their choosing, Dick and Sally spent time each spring and fall improving the land and creating a second home in Kingston.

When Dick retired and sold both businesses at the age of 58, he and Sally traveled extensively in their Born Free motor home all over the United States, Canada and the Yukon, making five vacations to Alaska.  Eventually, the property in Arkansas was sold and in later years, the motor home, too, was sold. He and his best gal, Sally, lived contentedly, listening to the high school band practice from their front porch and hosting grand Christmas gatherings with the huge family they had made together. In July of 2021, Dick and Sally opted to move into the Fellowship Home at the Fairway in Sun N Lake where they received the care and assistance they needed as they grew older. On October 13, 2021, the ambitious and enterprising man from Massachusetts passed away peacefully, with his bride of 69 years close by his side.

A celebration of Dick's life will be held Saturday, Nov. 27th, at 11:00 AM at the Noel residence, 1012 Thurston Avenue, Sebring, FL. Friends of the Noel family are welcome to attend. The family would like to express their gratitude to the team at Compassionate Care Hospice, and the loving staff at Fellowship Home.  In lieu of flowers, donations may be made to the Highland's County Humane Society. Funeral arrangements have been entrusted to Morris Funeral Chapel.

To order memorial trees or send flowers to the family in memory of Richard R. "Dick" Noel, please visit our flower store.
Send a Sympathy Card