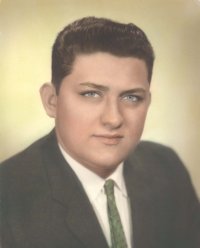 Robert (Bob) Barron Clogston Sr., age 63, of Sebring, died suddenly on Tuesday, Nov. 26, 2013.
Bob was born in Franklin, N.H., on July 31, 1950 and he was a 1969 graduate of Franklin High School. His employment in N.H. included: Giles Dairy, Clogston Bros. Construction Co., owner of Tilton Inn, N.H. Road and Bridge Dept., N.H. Department of Corrections as a prison guard and retired from the N.H. state prison as the workshop manager. He was an active member in many organizations: Tilton Zoning Board, Lakes Region Planning Commission Board, co-chairman of Tilton/Northfield Old Home Day, member of the Belknap Rangers Motorcycle Club, and a volunteer firefighter for the Tilton/Northfield area.

After moving to Sebring in 1993, Bob kept busy using his love of antiques, woodworking, and community service to help the Sebring area. He owned Hoarse Whisperer Antiques and was a past president of the Downtown Merchants in Sebring. He was a member of Parish Nursing, and was a member and past president of Gideon's International Sebring chapter. He was especially devoted as a member and Assistant Pastor at First United Methodist Church in Avon Park.

Bob is survived by his loving wife of 43 years, Carol Ann (Caveney) Clogston; his three sons: Robert and Cynthia Clogston Jr., of Tilton, N.H.; Jeffery and Stacey Clogston, of Sebring; and Gabriel and Karen Clogston, of Sebring. The greatest joys in Bob's life were his grandchildren: Barron, Alyssa, Cailey, McKenzie, Hopelynn, and Emily. He is also survived by his mother, June (Dwyer) Clogston, of Boscawen, N.H., and his siblings: William and Linda Clogston Jr., of Bristol, N.H.; Cynthia and John Rayno, of Lakeland; and Brian and Sue Clogston, of Perth, Australia. He also has many beloved nieces, nephews, and many extended family members. Bob is predeceased by his father, William H. Clogston Sr.

In lieu of flowers, the family requests that donations be made to First United Methodist Church in Avon Park or to the Sebring chapter of Gideon's International.


To order memorial trees or send flowers to the family in memory of Robert (Bob) Barron Clogston Sr, please visit our flower store.