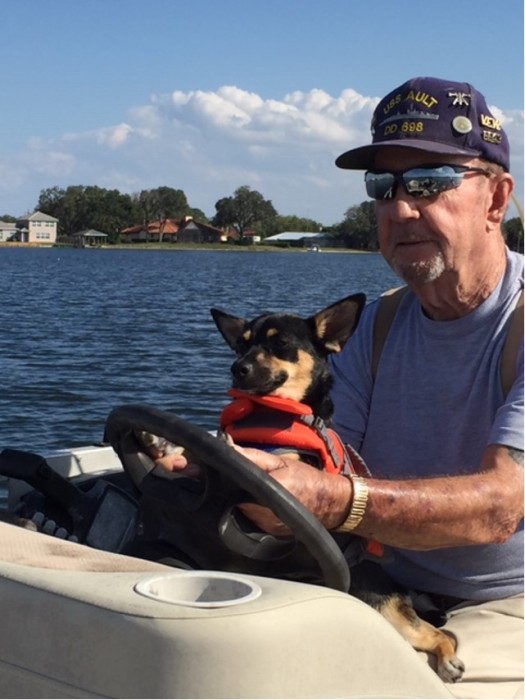 Robert F. Raphael was determined to beat it, but ultimately lost his battle with cancer on June 5, 2019. Bob was 87.

Growing up in Mattapoisett, MA, Bob lived an idyllic childhood on the family farm, boating in the waters of Buzzards Bay, fishing along the river, and compiling a lifetime of adventures with his friends. After moving to Florida, he and his wife continued those adventures by traveling throughout the South.

Bob served in the US Navy during the Korean War on the USS Ault; through the years he could be seen proudly wearing his Tin Can Sailor cap. Prior to moving to Florida, he was actively involved in the American Legion Florence Eastman Post 280 in Mattapoisett, and the Fairhaven VFW.

He made his living as a master carpenter/builder, building magnificent homes throughout New England, and helped build the Prudential Building in Boston. He could fix or build just about anything, and was always at the ready to help anyone who needed it. A good man is measured by the lives he's touched; he touched many.

He used to joke that Morris would be the last one to let him down, so services will be at the Morris Funeral Chapel, 307 S. Commerce Avenue, Sebring, FL, at 11 a.m. on June 14. Burial will be at the Bourne National Cemetery at a later date.

Bob made many memories throughout his life. His wish would be for you to do the same.

To order memorial trees or send flowers to the family in memory of Robert F. Raphael, please visit our flower store.
Send a Sympathy Card