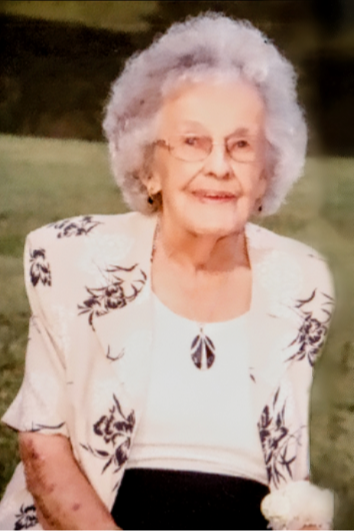 Sara (Sally) Ann Caron Noel passed from this world peacefully, with
loving family by her side, on June 19, 2022.

Born on August 5, 1932 in Huntington, Massachusetts, to Ed and Helen
Caron, Sally was the youngest of seven; Ned, Paul, Helyn, Phil, Ursula, and
Jacky. She met the love of her life in 1948 when Richard Noel arrived in her
small New England town to renovate "The Old Opera House" and create a
roller skating rink. Dick swept her off her wheels! At Christmas in 1950, Dick
gave Sally a diamond ring. After graduating high school, Sally attended
Bridgewater State Teachers’ College with plans to be a school teacher. Dick
enlisted in the Air Force. They planned to wait four years to get married. Dick
would be Honorably Discharged from the Service and Sally would obtain her
teaching certificate. Then, and only then, would they marry. In Sally's words,
"What foolish thinking!" Love doesn’t wait.

Sally and Dick were married at St. Thomas Catholic Church in
Huntington on May 3, 1952. By August of 1956, with three little boys and a cat
along for the ride, they moved to Florida permanently. Ultimately, their union
produced eight "Delightful, sweet, best babies ever!" : Greg, Doug, Rick, Steve,
Dan, Cindy, Kim and Jeff. At one point, Sally had a child in each grade at
Woodlawn Elementary School! No one knows how many countless hours that
she volunteered at the Sebring schools, but she could always be counted on
for a bake sale or a fundraiser, for the band or the swim team... countless other
activities. She was tireless and tenacious.

In addition to being a dedicated (and clever) mother, Sally was very
active in the two businesses that she and Dick owned: D & J Auto Sales and
Service (which included two franchises: AMC and Jeep vehicles) and Quality
Body Shop. Together they worked hard for 25 years and both businesses were
very successful.

Sally was an active member of St. Catherine's Catholic Church in

Sebring and taught Catechism classes for several years. She belonged to the
Antique Automobile Club of America and the Nash Car Club of America. She
was a member of Sebring's Historical Society, the Tea Party Organization and
the Republican Executive Association. An avid seamstress, Sally was a craft
person for Florida Hospital. At Christmastime, she rang the bell for the

Salvation Army and gave homemade pot holders to each person who
donated to the red pot. (She had made hundreds of pot holders!)

Sally wrote a poignant, humorous and detailed biography of her life
(with amazing help from her daughter-in-law, Carolyn), including many
photos of days gone by and chronicling her life with Dick as they raised eight
children. It was her wish that each of her children would know about her life
and where it all started. And the story can be passed down for many
generations. They loved to travel and loaded up the family for lengthy trips to
Mexico City, Niagara Falls and Arkansas, where they bought 60 acres in the
Ozark Mountains.

After their kids graduated, and they'd sold their businesses, Sally and
Dick continued to travel extensively in their motorhome. Alaska, Canada, the
Yukon Territory, and, of course, Arkansas were favorite places to visit.

Christmas gatherings were large and loud and fun with all the kids, and
their spouses; eleven grandchildren: Josh, Jenny, Jared, Alex, Noel, Addie,
Jessie, Sarah, Tyler, Ashley and Emily, and their spouses; twelve great
grandchildren: Jayda, Keokolo, Kini, Michael, Joe, Bella, Steven, Jaxson, Harper,
Wyatt, Leo and Amiyah. The house could have burst at the seams with love
and laughter and wrapping paper ammunition. Sally was always fond of the
little ones as they came into the family. She created treasure balls and other
clever crafty activities for all the children, and often took them on special
outings. The sweet memories remain long after the grandchildren have
grown with children of their own. She was blessed with the first great-great
grandchild earlier this year, Irie Belle, born to Jayda and her husband, Wyatt
Cordell.

Although Sally felt blessed and "her cup runneth over", there was
heartache and pain in her life. In August of 2004, Dick and Sally lost their
third-born son, Rick. It was a devastating and faith-shaking time. It is every
parent’s worst nightmare. And they were helpless to change a thing about it.
In 2021, Sally and Dick lost their grandson, Tyler Austin, Jeff and Julie's only
son. Who knows why God takes a loved one away? There is no recovering
from some of life's events. We can only hope to be reunited with those we can
no longer hold in our arms... someday.

As time marched on, they sold the property in Arkansas, and eventually
the motorhome, and settled into a comfortable lifestyle at their lovely home
near the Sebring High School. In July of 2021, Sally and Dick relocated to The
Fellowship Home at the Fairway, where they could receive the care they
deserved as they approached 90.

In October of the same year, Dick passed away, peacefully, with his
bride of 69 years by his side. On June 19, 2022, Sally joined her husband in
heaven, perhaps a final Father's Day gift to Dick. We pray that she is
embracing her son, Rick, and has been reunited with her grandson, Tyler, and
all the loved ones who have gone before her. We pray that they will be waiting
for all of us, when we finally walk through that final door and return to
Heaven.

As they wished, Sally and Dick will be laid to rest together on a
mountaintop in the Ozark Mountains. Sally's love of her family will continue to
resonate through this world and she will always be remembered as "the most
delightful, sweet, best Mom ever".

In lieu of flowers, please donate to your local humane society.

To order memorial trees in memory of Sara A. Noel, please visit our tree store.