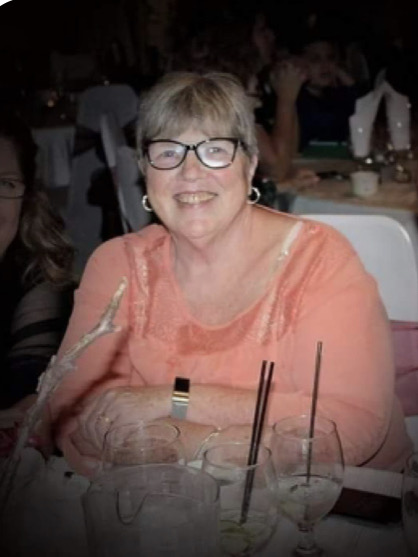 Sharon L. (Wilson) Shockley, 71 of Sebring passed away Monday at her residence after a courageous seven year battle with Multiple Myeloma. She was born in McKeesport, Pennsylvania moving to Inkster, Michigan in 1961. She graduated from Wayne Memorial High School in Wayne, Michigan in 1967. Sharon attended Ferris State College in Big Rapids, Michigan and graduated from Lawrence Technical University in Southfield, Michigan in 1983 with a Bachelor's Degree in Arts and Sciences. Sharon lived in Westland, Michigan before relocating to Sebring, Florida where she and her husband of 40 years currently resided. She had retired from Kelsey Hayes Company in Detroit, Michigan after 20 years of service, primarily in Human Resources and St. John's Hospital in Southfield, Michigan where she worked in the billing department. Sharon was preceded in death by her parents, Fred and Marie (Beck) Wilson, a sister Christina Marie Wilson and a nephew Michael Wilson, Jr. She is survived by her husband, James R. Shockley of Sebring; son, Timothy (Stacy) Shockley of Michigan; Brothers, Pete (Janet) Wilson, Michigan, Michael (Pamela) Wilson and Thomas (Valerie) Wilson both of Florida; Sister, Margaret (Jeffrey) Kendall of Florida; two grandchildren, Andrew Shockley and Brittany Pawlowski; and many nieces, nephews, and cousins who she loved very much, as well as numerous friends including Tina Conlan, who was more like a sister than a friend. Prior to her illness Sharon was often found in the casinos around the Detroit and Tampa areas waiting to strike it big. She loved to talk about Michigan sports. She was an avid “Go Blue” fan and would cheer her team on relentlessly. Oftentimes, she would discuss the Tigers with Pete and have tremendous discussions about players and stats. Sharon loved to cook and bake. She would often bake birthday cakes for her family and friends that were so beautiful, you hated to cut them. Sharon touched so many people. She was warm and caring, offering support to whomever was in need. Her nieces and nephews have wonderful memories of trips to Disney World and other vacations with Aunt Sharon. The world was truly a better place because Sharon was there. The family asks that in lieu of flowers, donations be made to the Lymphoma Society or to Moffitt Cancer Institute Multiple Myeloma Research Department in Tampa, Florida. A Celebration of Sharon’s life will be held via Zoom and a Mass will take place in the near future. Words will not wipe away your tears and hugs may not erase the pain. But hold on to your memories because forever they will remain.

To order memorial trees or send flowers to the family in memory of Sharon L Shockley, please visit our flower store.