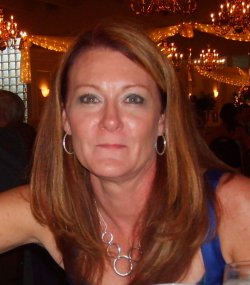 Stacey A. Jack-Dreessen, 48, of Sebring, FL, died January 5, 2011. She was born in Pennsylvania, the daughter of Thomas H. and Pearl (Sample) Jack and had lived in Sebring since her high school years, graduating from Sebring High School in 1980. Stacey married Lincoln Dreessen in 1981. They were blessed with a son, Sean, 23 (Sebring). She worked as a medical coder, employed by the Swedish Medical Center of Englewood, CO and had previously worked at Highlands Regional Medical Center in the same capacity for 12 years where she was respected and well liked. Stacey loved spending time at home on the computer, reading, baking and sewing. She also enjoyed shopping and attending auto races. Friends remember her generous and open heart. She will be greatly missed. Stacey is also survived by her sister Sherry (Thomas) Gaston of Murrysville, PA, her brother Scott T. (Erin) Jack of Castle Rock, CO. Sean and his extended families will be receiving friends following the memorial for his parents on January 22, 2011 at 10:00 am at Covenant Presbyterian Church, 4500 Sun N Lakes Blvd, Sebring, FL. Memorials for the benefit of Sean Dreessen may be made to Mid-Florida Credit Union, 3863 US Highway 27 S., Sebring, FL 33870.

To order memorial trees or send flowers to the family in memory of Stacey A. Jack-Dreessen, please visit our flower store.