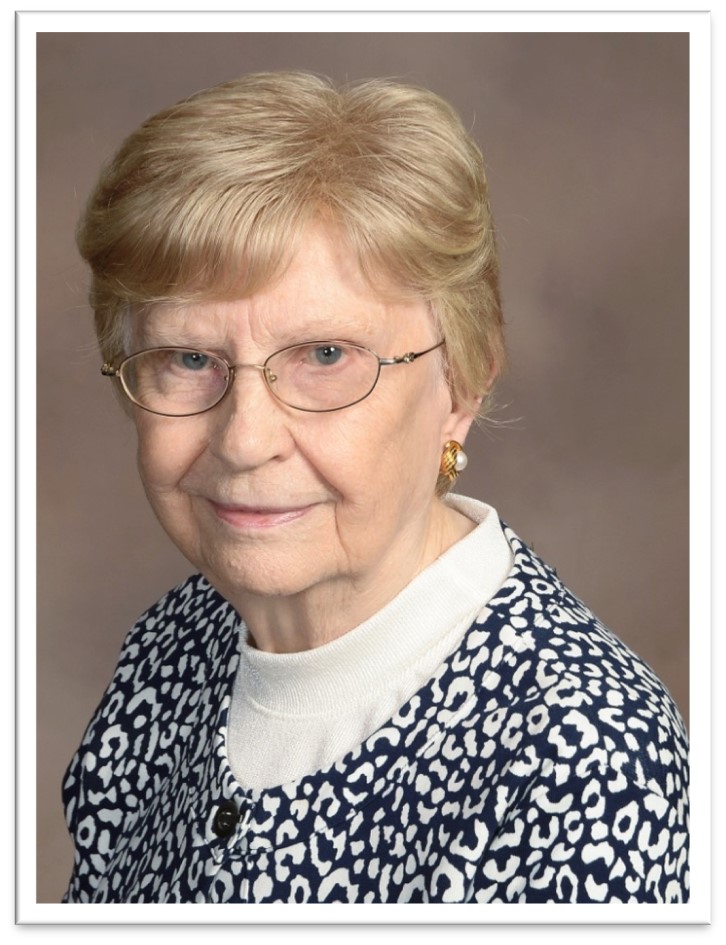 Stella Mattison was born on February 18, 1925 in Hamtramck, Michigan and entered heaven on July 21, 2022. Although her given name was Stephanie, after her grandmother, she was known as Stella from age five and throughout her long life. When still very young, her parents, Fred and Martha Andreychuk, moved to Vassar, Michigan, where she spent her growing up years. Her parents were members of First Baptist Church in Vassar, where Stella came to know the Lord as a teenager. She loved music at a very early age and before long was the church pianist. Following graduation from Vassar High School, she attended Moody Bible Institute in Chicago and after graduation returned to Vassar in time to hear a musical group from Practical Bible Training School of Binghamton, New York that was visiting in the area. She was impressed by their talented Irish tenor, Elvin Mattison. She began to accompany him on the piano and before long they were married and began working in a church in the nearby community of Wahjamega.

Stella is survived by two children Tim of Sublimity, Oregon and Carol Mercer of Mason, Ohio. She also had 6 grandchildren, Nick, Erin, Eric, Adam, Wendy and Laura, and 24 greatgrandchildren. She also had three brothers, Alex, Ted and Nick, all deceased.  She served in the ministry with her husband until his death in 2004 in Michigan, Ohio, Connecticut, Washington, Iowa and Florida. Her husband was the first pastor and Stella was the last living charter member of Maranatha Baptist Church in Sebring, Florida.

Stella was a quietly faithful Christian woman and her purpose in life was to glorify God in all she did.

In lieu of flowers contributions can be made to Maranatha Manor in Maranatha Village.

To order memorial trees or send flowers to the family in memory of Stephanie "Stella" Mattison, please visit our flower store.