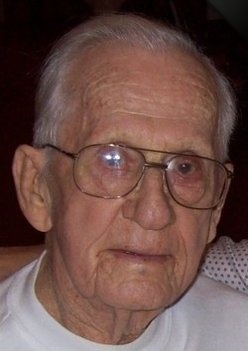 KETNER, WILLARD L. (BILL), age 91 of Avon Park, FL died Sunday, February 7, 2010 at the Palms of Sebring.
Bill was born in West Terre Haute, Indiana in 1919, son of Mary and John Ketner. He graduated from Moody Bible Institute in 1944.
Bill retired from Union Carbide Corporation, Films Packaging Division, in Chicago in 1984 after 39 years service.
He pastored two churches; New Hope Baptist Church, Clay City, Indiana and 1st Prairie Creek Baptist Church, Prairie Creek, Indiana prior to his relocation to the Chicago area.
He was active in the Terre Haute Jaycees and in various community projects and fund raising events for the Jaycees. He was a member of the Terre Haute Personnel Club and the Vigo County School Board. He officiated high school and college basketball throughout the State of Indiana and recruited for college programs throughout the Vigo County, Indiana area.
In 1983, Bill was appointed Honorary Mayor of Kentland, Indiana. He was honored by Indiana Governor Bob Orr and presented the title of Sagamore of the Wabash in 1984. The Mayor of Terre Haute IN proclaimed May 21, 1987 as W.L. (Bill) Ketner Day for his contributions to the community. He served on the Board of Trustees of Taylor University, Upland, IN from 1968-1978 and was honored in 1983 for two decades of outstanding contributions to Business and Accounting students. Purdue University's Placement Office honored him for his assistance in placement of graduates from 1945-1984.
Other honors bestowed on Bill were: receipt of key to the City of Centerville Iowa in 1964; the Arkansas Traveler by Governor W. Rockefeller in 1970; recognized by University of Arkansas as a Distinguished Friend of the University in 1970; commissioned as a Kentucky Colonel by Kentucky Governor Julian M. Carroll in 1977; appointed Arkansas Traveler by the Governor Clinton in 1979; appointed Honorary Mayor of City of Pauls Valley, Oklahoma in 1980; awarded title of Honorary Citizen of Oklahoma by Governor George Nigh in 1983; appointed Honorary Mayor of Osceola, Arkansas in 1983; appointed Colonel Aide de Camp of the Governor's Staff by Governor Lamar Alexander of the State of Tennessee in 1983.
Bill served as Executive Director of the Avon Park, FL Chamber of Commerce from 1984-1987. He also chaired many fundraising events for Walker Memorial Hospital, Avon Park, FL. He received the Citizen of the Year Award from the Avon Park Chamber of Commerce, 1988. He was a member of Rotary Club of Avon Park, served as Sergeant of Arms (1987-88), President (1991-93) and was a Paul Harris Fellow. He was appointed a member of the Sebring Utilities Commission and served 1991-1993. Bill sat on the Board Salvation Army for Highlands County for many years. He also held offices in the River Greens Home Owners Association from 1998- present
Bill was preceded in death by his wife of 67 years, Alice M. (Pard) Ketner in 2007. He is survived his children, Judith A. Ketner and her former husband Robert L. Wolff of Avon Park FL; David L. Ketner and wife Claudia of Marietta GA; three grandsons, Todd J. Ketner & wife Kristi of Birmingham, AL; Jay A. Ketner & wife Elizabeth of Plattsburgh NY and Lane B. Ketner & wife Julie of Atlanta GA. He is also survived by his brother George (Hank) and sister Marjorie Long of Terre Haute, and several nieces and nephews. He is also survived by brother-in-law, Wayne E. Buchanan, Jr. of Nashville TN. He was preceded in death by his parents, his sisters, Helen Wyatt and Martha Switzer, and his brother, John W. Ketner.
Visitation will be Saturday, Feb. 13th, 4-6:00 PM at Morris Funeral Chapel. Funeral Service will be Sunday, Feb. 14th at 2:00 PM at Morris Funeral Chapel with Burial to follow at Lakeview Memorial Gardens, Avon Park. In lieu of flowers, the family requests donations be made to the W. L. "Bill" Ketner Memorial, Taylor University, 236 Reade Avenue, Upland IN 46989. Condolences may be expressed at www.morrisfuneralchapel.com. Arrangements by: MORRIS FUNERAL CHAPEL, Sebring, FL.

To order memorial trees or send flowers to the family in memory of Willard L.Ketner, please visit our flower store.