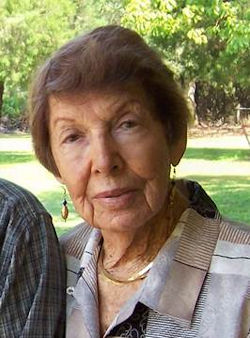 Yolanda Smith, 95 of Lorida, Florida, left her loving family and went to be with the Heavenly Father on Friday, August 21, 2015 at the Palms of Sebring. Yola was born in Palm City, Martin County, Florida in 1920 , second sibling of Edward and Ida(Papp) Kubay. She and her husband(of 53 years), "Red",(who passed in 2009) established the business called Engine & Accessory in Miami and ran that business together until August, 1973. At that time they moved to Lorida, Florida and continued their business until 2009. She became a charter member of the Lions Club, member of the Women of the Moose, and important participate in the Volunteer Fire Dept. Yola is survived by her sister Dot Carroll of Bonifay, Florida, nieces Sharon Herring (Charley) Bonifay Fl., Susie Schrimsher (Jack) of Opp, Al., Terry Fleming (Jean) Brooklyn, CT, Sharon Hawes(Richard) Brooklyn, Ct., Jackie Kubay, Jackson, Ga., Nephews: Butch Kubay (Andrea) Miami Springs, Fl., Ira Leshin (Karen) Palm City, Fl. , Robert Leshin, Step-son Robert Smith(Linda) of Miami, Fl.. second cousin Neil Hang Mukilteo, Wa. Longtime friends, Dick and Jeanette Earhart of Lorida, Frankie and Lise of Miami and Judy Crawford of Lorida. A Celebration of Life Memorial will be announced by the family at a later date. Yola will always be in our hearts and memories for she was a lady of love and care for her family, friends and community.


To order memorial trees or send flowers to the family in memory of Yolanda Smith, please visit our flower store.